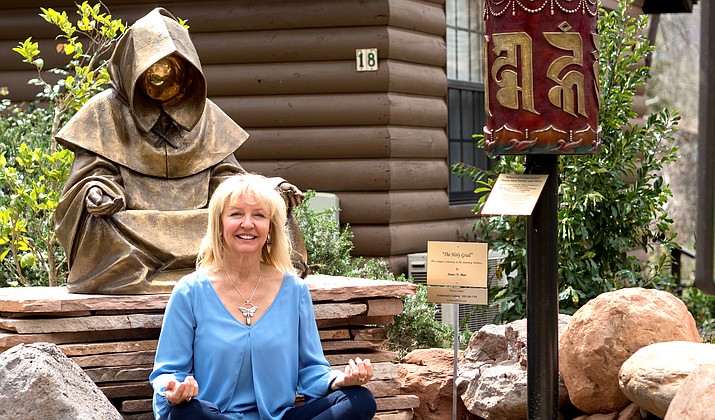 At its core, James Muir’s iconic sculpture is all about connection. Each intricate detail in every pieces reflects his genuine calling to speak to man’s better self.

As a result his work has become a vehicle that translates his deep spiritual convictions and social consciousness into pieces that have profoundly moved the public on an international scale.

From pieces at the George W. Bush Presidential Library and the Paul Harvey News Broadcasting Headquarters to his reverential “Christ of The Holy Cross” at Sedona’s Chapel of The Holy Cross, his global reach touches the hearts of millions. Now his “Children” is headed to a public park in Manitoba, Canada.

A self-taught artist that started and maintains his career in Sedona, his work expresses universal themes that depict the higher attributes of mankind. Allegorical Art is the term James uses to describe his art as being filled with symbolic meaning. Bridging the centuries from his historical military subjects to today’s social, political and spiritual commentary, his sculptures speak eloquently of duty, honor, courage, and justice, but above all, truth and the ultimate triumph of the human spirit.

He has completed over 100 sculptures to date, with over 60 lifesize and monumental sculptures placed in public locations throughout the United States and abroad. Collectors of his work have viscerally responded to its power and as a result you can find his sculptures prominently placed across the globe in both private and public collections.

The themes of courage and hope are poignantly expressed in “Children,” which is also part of the permanent collection of the Auschwitz –Birkenau Holocaust Museum in Poland. This touching piece depicts a little refugee girl, herself still merely a child fleeing before the storm clouds of war, giving comfort and reassurance to her own doll-child.

Through it all, she reflects the uncertain innocence and trust of all little children inheriting a world not of their making yet filled with the hope of creating a better future for themselves and for their own “war-child’s” children.

James says of the piece “If ever there was a cry for world attention to the international refugee crisis it must be heard and responded to now.” “Children” powerfully captures plight of many of the world’s children reaching out across cultures speaking to our common humanity.

The self-taught artist is a humble man who sees himself as someone who is helping to light the path for mankind, himself included.

“To bring light into the darkness, such is the duty of the artist. I merely perceive the seeds that have been planted since the beginning of time and attempt to nourish them,” says Muir “My sculptures are parables in bronze of identifiable truth, both temporal and absolute, that I have been shown along the way and which are left to aid others in their own travels.”

An avid student of history and philosophy, many of his pieces have depicted historic, patriotic and spiritual themes all connected by what he sees as the golden thread of our universal connection.

Muir’s work can been seen in public collections throughout the country; there are over twenty life-size/monumental sculptures in Arizona alone.

An intrigued public has been enchanted by the train of his work in public places throughout Sedona. From “Athena’s Prayer” at Jameson Memorial Park, to “Let Freedom Ring at the Red Rock News and Sedona Film Festival offices, “The Holy Grail” at the L’Auberge de Sedona, “Caduceus” and “Children” in front of Best Western Arroyo Roble. “Christ of The Holy Cross at Sedona’s Chapel of the Holy Cross, “The Lighted Lantern” in front of Goldenstein Gallery and more, visitors continuously find their hearts opening as they follow the pathway of this work.