As session goes into overtime, lawmakers actually get less $$$ 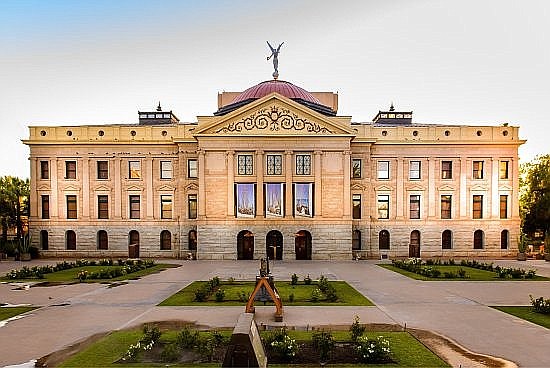 PHOENIX -- Well, it's official: The Arizona Legislature is now in overtime.

But unlike other jobs where OT equals more money, lawmakers actually are going to get less.

And that's by design: Arizona's founders wanted legislators to come in, do the state's business and go home -- perhaps before they could think of other improvements to make in the statutes.

Still, the failure of lawmakers to finish their business by now will cost taxpayers more. It just won't be as much on a daily basis now as it was until now.

The key is that state lawmakers are entitled to a per diem allowance, designed to pay for out-of-pocket expenses for coming to the Capitol. That's on top of the $24,000 a year in salary for what is supposed to be a part-time job.

Mind you, there's no actual requirement to prove the expenses. And the allowance continues even on days when lawmakers don't go to the Capitol, including Saturdays and Sundays.

For out-of-county people, that may make sense if they have to rent an apartment or a hotel room in Phoenix. That's why the 25 out-county members of the House and 12 in the Senate get $60 a day.

But here's the hammer: State law says that full allowance runs only for the first 120 days of the session. Tuesday was Day 121.

Now that out-county allowance goes to $20 a day.

The 35 In-county House members and 18 senators who don't need local digs who were still entitled to $35 a day; now they will get $10.

But it would be wrong to look at that as a savings: Had lawmakers finished their business within the 120 days, there would be no per diem payments at all. And each and every day they're here from now on still costs taxpayers $1,170 until they go home.

Part of what's holding up the end of the session is the dispute on how to spend the more than $11 billion in revenues. It's not even a partisan divide, with many GOP lawmakers unwilling to accept the proposals by fellow Republican Gov. Doug Ducey.

Then there are a host of other issues, ranging from whether to let the state keep a "windfall'' of income tax revenues generated by a change in federal tax law to whether to give victims of child sex abuse more time to sue their assailants.

There have been some attempts in the past to rein in the allowance.

Lawmakers said nothing when the commission put the two linked issues on the ballot.

Only then did House Speaker Jeff Groscost and Senate President Brenda Burns complain that the commission had exceeded its authority. The Arizona Supreme Court agreed, allowing lawmakers to keep both their higher salary and the per diem payments.

So when will lawmakers go home?

The longest session on record is 1988 when the session actually extended beyond June 30 a few days into the new fiscal year. But state officials, in effect, squinted at the calendar -- what with going into a weekend anyway -- and did not close down any state services.