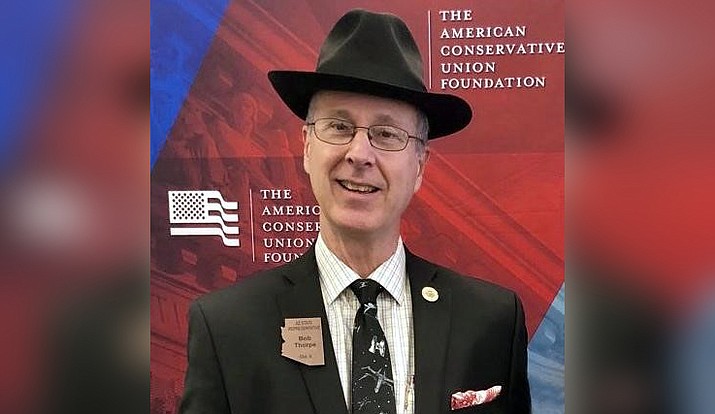 I recently read the “Open Letter from Northern Arizona Teachers” posted on Flagstaff Mayor Coral Evans’ Facebook page and published by the Arizona Daily Sun. For the casual reader, it’s obvious that the letter is politically motivated, where unsubstantiated statements are made, such as “Teachers of northern Arizona have long been ignored by our current state representatives.”

During my seven years in the Arizona Legislature, I have accepted many invitations from teachers, district schools, and school officials and have had the pleasure of touring numerous schools, including JTED programs and have attended the annual “Take Your Legislator to School” events.

It is always a treat for me to spend time with teachers and school officials and to have unscripted Q&A with students. Additionally, I routinely meet with district officials in my office and at their district offices concerning bills and budget issues.

Our schools have not been ignored.

I am an ardent supporter of the Coconino High School Coconuts robotics team and have attended many of their events, including being a judge at one competition.

The Coconut students and their coaches have been my guest at the Capitol numerous times, including being recognized on the House Floor, demonstrating their robots, and most recently testifying about the FIRST Robotics international program before the House Committee on Technology, which I chair. Our students have not been ignored.

Between 2013 and 2017, I, along with my colleagues from LD-6, have voted for and helped dedicate hundreds of millions of dollars in new education spending within the state budget.

Senator Sylvia Allen and I, along with other Republican House and Senate members, voted for this massive investment in education. It’s important to note that every Democrat House member and most of the Democrat Senate members voted against the long overdue teacher pay raises. Our teachers have not been ignored …by Republicans.

Additionally, in 2018 the Legislature, including Senator Allen and I, voted to extend the Proposition 301 sales tax, which provides approximately $667 million in funding for Arizona schools.

As enacted by the voters in 2000, Proposition 301 was scheduled to end in 2021, so the prompt action by the Legislature extended Proposition 301 education funding for an additional 20-years without the need to send it back to the voters for their approval.

Contrary to the “Open Letter from Northern Arizona Teachers,” your LD-6 state legislators have not ignored our teachers, our students, or our schools.

It is fully documented that we have voted to support education because of the important job that it performs for the future of Arizona.