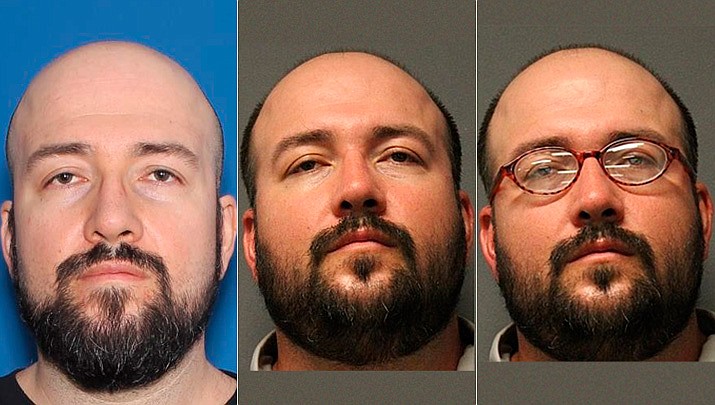 A May 17, 2019, story in The Verde Independent incorrectly stated Kai Evan Keller, 36, was convicted in 2014 of having sexual conduct with a minor in Cottonwood, as is reported on the Arizona Supreme Court public access website. According to records from Yavapai County Superior Court, Keller was convicted in 2014 for attempted sexual conduct with a minor.

Additionally, it was further reported that Keller was arrested and returned to the Verde Valley from Oregon where he was charged with “absconding and violating his probation,” according to Cottonwood PD Sgt. Monica Kuhlt said. Rather than being placed back on probation, Kuhlt said that Keller “finished serving his sentence in the Yavapai County Jail.” Yavapai County Superior Court records show that Keller was reinstated on probation on his original conviction and instead served time in jail for absconding and violating his probation.

He is on lifetime probation.

COTTONWOOD – With a website and a free app, MyLOL has made it easier for teens to date.

It’s also made it easier for accused sex offenders to find their next victims.

According to Cottonwood Police Department Professional Standards Sergeant Monica Kuhlt, that’s exactly how a convicted Cottonwood sex offender struck up a social media connection with a 13-year-old girl while he was on the run from local authorities.

Kai Evan Keller, 36, is back in Cottonwood after having been released from the Yavapai County Jail, according to a May 17 press release from Kuhlt.

In February 2014, Keller was convicted of luring a minor for sexual exploitation and attempted sexual conduct with a minor.

While on probation in May 2018, Keller wore a GPS tracking device on his ankle that he cut off before “absconding and violating his probation,” Kuhlt said.

Keller was located and arrested in Oregon a couple of months later by the U.S. Marshal’s Office, Kuhlt said.

Keller was returned to the Verde Valley where he was charged with “absconding and violating his probation,” Kuhlt said. He served time in the county jail on the absconding charge and his probation on the original sentence was reinstated. He is on lifetime probation.

He also may face federal charges of attempting to lure a minor online while in Oregon.

According to Kuhlt, while in Oregon, Keller struck up a social media connection with a 13-year-old girl through MyLOL.

Kuhlt said that because the teen was living in another state, the investigation was turned over to the FBI.

The Verde Independent has reached out to the FBI and the United States Department of Justice for more information.

Keller has been released from the county jail. He is considered to be a Level 3 (high) risk to the community. 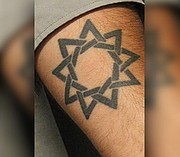 Keller is a white male, 6-feet, 4-inches tall and 285 pounds. He has brown eyes and brown hair. His most recent photograph is with a shaved head. Keller also has a tattoo on his left forearm. (Cottonwood Police Department)

Keller is a white male, 6-feet, 4-inches tall and 285 pounds. He has brown eyes and brown hair. His most recent photograph is with a shaved head. Keller also has a tattoo on his left forearm, Kuhlt said.