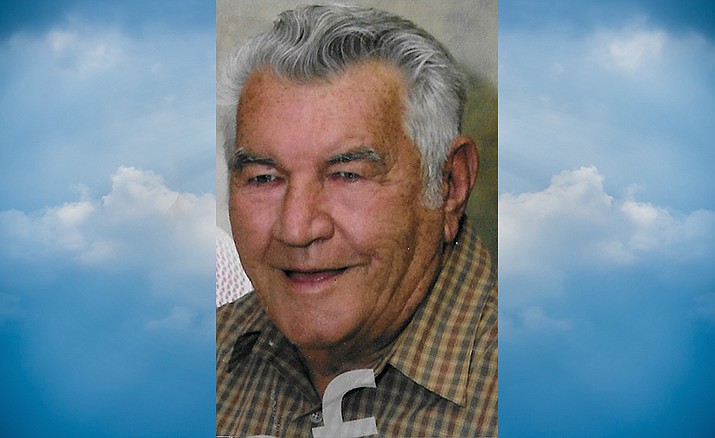 Jerry was born to Paul and Mary Vojnic in Jerome, Arizona. He was a Jerome person through and through and would tell everyone “my mother was born in Jerome and so was I.”

At age 21, Paul made him a partner in his Saloon on Main Street. He worked with Paul there and also worked at Phoenix Cement Plant.

After Paul’s death in 1971, Jerry took over operation of Paul & Jerry’s Saloon full time. Along with his school classmates, Jerry had many friends he made while bartending at his favorite place and had many funny stories to tell of his experiences there.

Jerry and Ellen were married in 1967 and had a son, Jerry. He also raised two stepchildren, Charrise and Rowland.


Jerry was preceded in death by his parents, Paul & Mary; two sisters, Rosemary and Mary Lou; and three brothers (stillborn).

He is survived by his wife, Ellen; son, Jerry Paul; stepson, Rowland; and stepdaughter, Charrise.

Also survived by grandson, Jerry; and granddaughters. Jimee and Josie.

Services will be held at Westcott Funeral Home in Cottonwood on Wednesday, May 22, 2019 at 11 a.m.

Burial to follow at Valley View Cemetery in Clarkdale. An online guestbook is available to sign at www.westcottfuneralhome.com