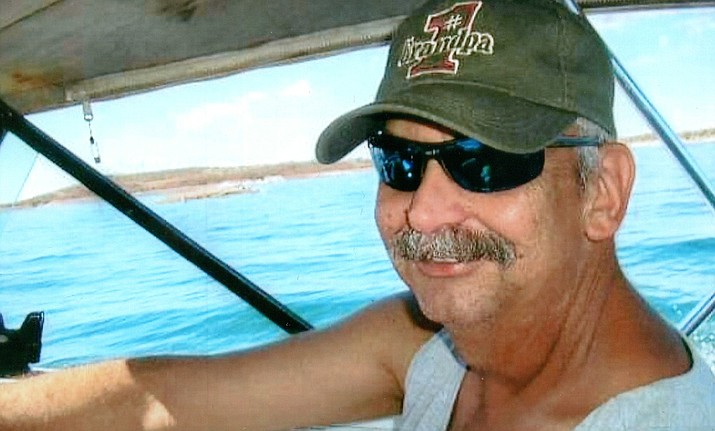 Kenneth Edward Steidl, 59, of Cottonwood, Arizona, passed away at home on April 24, 2019, after a long illness battling cancer with his family at his side.

Ken is preceded in death by father James; mother, Dorothy; and brother, Vincent.

He was also a “Plank Owner” of the USS Abraham Lincoln CV-72 for being part of the initial crew during construction and commissioning and partook of the maiden voyage in 1988.

Ken spent most of his naval career (19 years) attached to the US Marine Corps as a “Doc.”

After retirement Ken went to work for the Northern Arizona Veterans Administration Health Care System as a nurse.

Ken was a member of St. Thomas Episcopal Church in Clarkdale, Arizona.

The service to be officiated by Rev. Susan Armer of St. Thomas Episcopal Church. In lieu of flowers, the family asks for donations to the VFW Post #7400 Relief Fund or Northern Arizona Hospice.