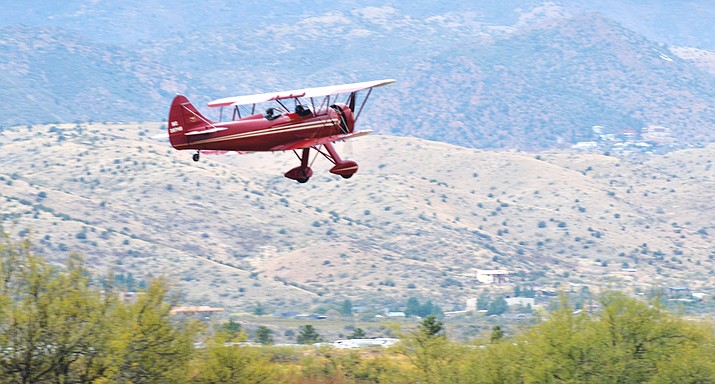 By Federal Aviation Administration standards, Cottonwood’s noise issues do not reach the level of the city facility being classified as a “mandatory noise abatement airport.” VVN/Vyto Starinskas

The oft-repeated complaints about noise at the Cottonwood Airport are not unique to Cottonwood.

The solution, though, should be entirely unique to both Cottonwood and the airport.

That was just one of the takeaways Vice Mayor Tosca Henry brought back to Cottonwood following last weekend’s annual meeting of the Arizona Pilot’s Association governing board in Scottsdale.

Henry attended the meeting in a quasi-official capacity. She was there primarily, she explained, to listen and learn.

“Aviation is a topic about which I know very little,” the vice mayor explained. “I spoke in general terms with some of the members privately during lunch about aviation noise, student ‘touch-and-go’ flight training at other airports, and some drop-zone questions.”

What she learned is that noise complaints are not unique to Cottonwood. Likewise, airports are not the only source of nuisance noise that communities in Arizona must contend with. 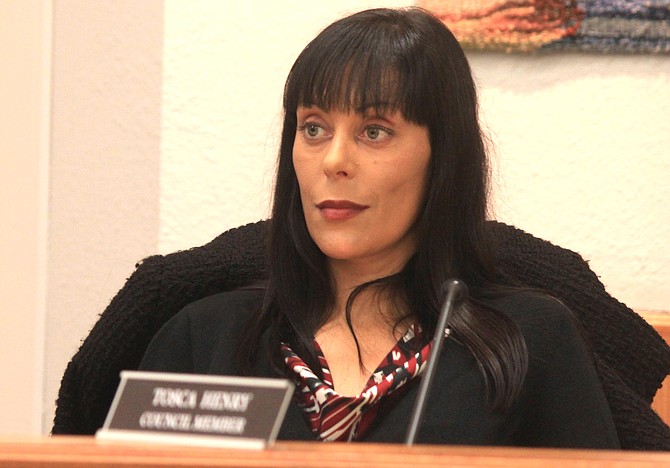 “The overwhelming majority of the residents with whom I have spoken with about the airport are not sensitive to aviation noise, even folks who live in the flight path, and many have questioned whether or not the city should entertain concerns from those who ‘moved to the problem.’  Cottonwood Vice Mayor Tosca Henry

“The concerns are not unique to our community, but the response and remedy(ies) must be tailored to our specific airport and community,” Henry explained. “Communities throughout Arizona and beyond experience that same tension between what some consider nuisance-generating activities, whether it be aviation, trains (Flagstaff), farming odors (Mesa), motorcycle noise (Carefree) etc., and the desire for nuisance-free residential zones.”

For Henry, one of the more revealing aspects of her own personal learning curve on how to deal with municipal airport noise complaints has been in gaining an understanding of just how bad the problem is in Cottonwood.

By Federal Aviation Administration standards, Cottonwood’s noise issues do not reach the level of the city facility being classified as a “mandatory noise abatement airport.”

“Noise mitigation is voluntary at these low-decibel levels,” Henry said of the Cottonwood Airport. “In order to implement voluntary abatement solutions that address the community concerns, the city must start with good information. What types of noise are the community members concerned about?  Aircraft typically generate more noise during takeoff than approach and landing, but is that the noise that is the most noticeable to residents?  When is the noise? What types of aviation activities are causing it?  These are just a few examples of data that is necessary in order to implement noise-mitigation strategies that work in our particular community.”

Such strategies, the vice mayor explained, do not involve closing an airport, moving an airport location, or imposing user fees.

“Additionally, there are legal and/or contractual limitations facing the city with regard to certain items such as the ‘touch-and-go’ trainings,” Henry explained.

“I believe our Cottonwood airport is an underutilized community asset, and I would like to explore proper utilization of this asset in a respectful manner to community residents affected by potentially increased operations. The city spends a lot of money on the airport, which could bring in increased tourism and business dollars to assist in generating revenue and decreasing dependency on city funds which may be allocated elsewhere such as on street and sidewalk improvements.”

Further, Henry emphasized that the noise complaints expressed to the city council do not represent a majority voice in the community.

“The overwhelming majority of the residents with whom I have spoken with about the airport are not sensitive to aviation noise, even folks who live in the flight path, and many have questioned whether or not the city should entertain concerns from those who ‘moved to the problem.’

“However, I appreciate the small but vocal group who have expressed concerns, and I am interested in exploring whether a balance between increased operations and cost-free or low-cost voluntary noise mitigation efforts may be struck.”

As is the case with any ongoing community concern, Henry encourages residents bothered by airport noise to work with the city to find solutions.

“Again, for me, it comes down to good ongoing, information.  There is an airport commission meeting at the end of the month, where community members are invited to share their concerns.  With good information, the city is able to look at some of these very simple voluntary noise mitigation tools, and determine whether to move forward with refining what is currently in place.  If our current noise abatement efforts are refined or implemented, I think a follow-up noise study, perhaps in a year or so, should be performed to determine if the strategies have helped mitigate noise, or if they should be reviewed.”