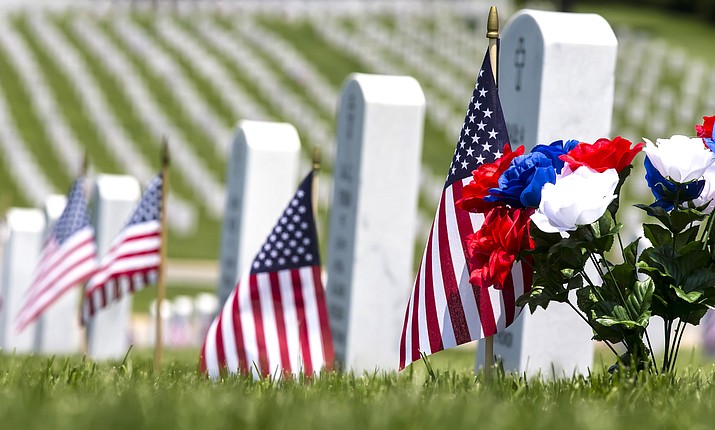 American Legion Post and Auxiliary 135 will host their 10th annual Memorial Day Observance held at Windmill Park on May 25, beginning at 11 a.m.

The park is located at 9950 E. Cornville Road in Cornville and the public is encouraged to attend.

The keynote speaker is Mr. Jan Allbright, who is a combat wounded Vietnam veteran and a member of American Legion Post 135 in Cornville and serving Sedona.

Allbright, who is currently serving as the 1st Vice Cmdr., Post 135 veteran Service Officer and is actively, involved in the post honor and color guard teams.

He was recruited into the US Army Special Forces and trained at Ft. Bragg, North Carolina, until being ordered to Vietnam where he served as an airborne combat medic.

He was wounded in 1968 and returned to the US. He served as a clinical specialist until his discharge and then became an emergence room nurse in Southern California.

Since then, he has become a FCC Transmitter Engineer, computer scientist and a biologist.

Mr. Allbright is a member of the Veterans of Foreign War and is serving as a Veterans Service Officer; he

The Post and Auxiliary 135 Honor Guard will post the Colors, preceded by Michael Donelson from Williams, who will perform favorite bagpipe songs. Donelson is a long-time bagpiper who began playing as a youth. This year, serving as Master of Ceremonies is Post 135 Cmdr., Keith Tucker.

Unit 135 remembers veterans with a poppy

The Cornville/Sedona American Legion Unit 135 in Cornville will honor our fallen warriors and contribute to the continuing needs of our veterans on May 23 and 24th from 9am each day at the following locations: Krazy Tony’s Cornville Market, the Cornville Shell store, Coffee Pot Restrauant and Clark’s Market & Pharmacy,(formerly known as IGA Store) in the Village of Oak Creek by distributing bright red poppies for Memorial Day in exchange for a donation.

The Flanders Field poppy has become an internationally known and recognized symbol of the lives sacrificed in war and the hope that none died in vain.

Then, on Saturday, May 25, at 11am, poppies will be available at Windmill Park prior to the commencement of the 10th Annual Memorial Day Observance hosted by the American Legion and Auxiliary 135. The public is invited and welcome to bring a chair and show their appreciation to those who gave so much!

“Wear the poppy this Memorial Day weekend to honor and remember our fallen warriors who willingly served our nation and made the ultimate sacrifice for our freedom,” said Jeri Strande, this year’s Unit Poppy Chairman. “We must never forget.”

The poppy also honors hospitalized and disabled veterans who hand craft many of the red, crepe paper flowers. Making the poppies provides a financial and therapeutic benefit to the veterans, as well as a benefit to thousands of other veterans and their families through the donations collected.