Commentary: What a school year for Verde Valley high schools 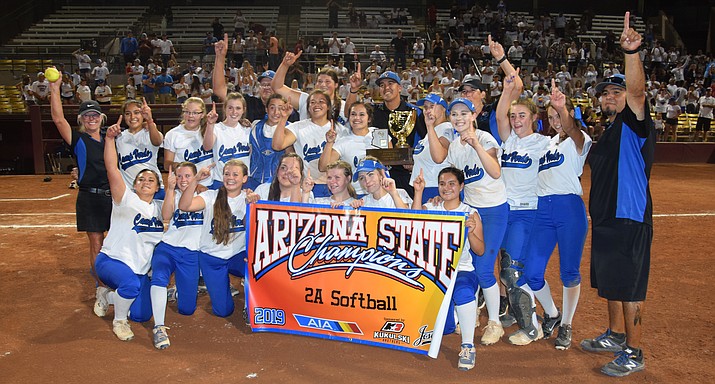 Ahead of the 2A baseball and softball state semifinals I asked Camp Verde head softball coach Henry Smith about the CV baseball and Mingus Union softball teams also playing that late in the season.

I expected him to say something about how well the Cowboy baseball and Marauder softball teams had done but instead he surprised me a bit. He said that was great to see but also that it’s been a stellar year for Verde Valley sports overall, including Mingus Union football.

And like many things the perpetual 2A Central coach of the year was right. It just hadn’t really occurred to me because so much was going on: it has been quite the year for local high school sports.

In the fall Mingus Union swimming again shined at State, with the boys taking eighth, while setting school records and the girls finishing 12th. On the pitch, CV boys soccer again reached the state’s final eight.

Then Mingus Union football made it to the state quarterfinals. Really they deserved a better finish than tying for fifth as the were seeded a little low since they dropped a couple regular season games when they were undermanned. If they were higher they would have avoided eventual state finalist Tucson Salpointe Catholic and their barrage of Division I players in the second round.

Then in the winter of course the local wrestling teams did well. Even though they were in a rebuilding year, Camp Verde had three state placers, led by two-time state champion Anthony Tinghitella.

For Mingus Union senior Danni Schulz won the title at the first girls state meet and finished the season undefeated.

Then in the spring CV baseball reached the final four, Mingus Union softball finished the regular season with a top four ranking and of course the Cowboy softball team won it all.

On the track the Marauders won four state championships, two by senior Kendrew Streck in the discus and shot put, one by senior Meg Babcock in the 400 meters and one by the record breaking girls 4x400 team.

What a school year for Verde Valley high schools. 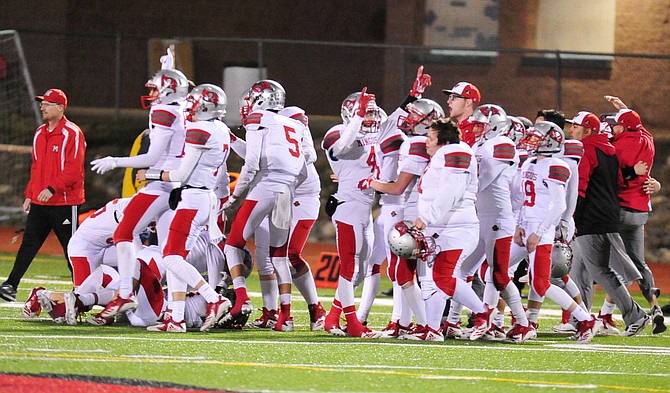 Mingus players celebrate as the Marauders beat Bradshaw Mountain in the first round of the AIA 4A State Football Championship Friday, Nov. 2, 2018 in Prescott Valley. (Les Stukenberg/Courier)