Opinion: Verde Connect is no benefit to Middle Verde 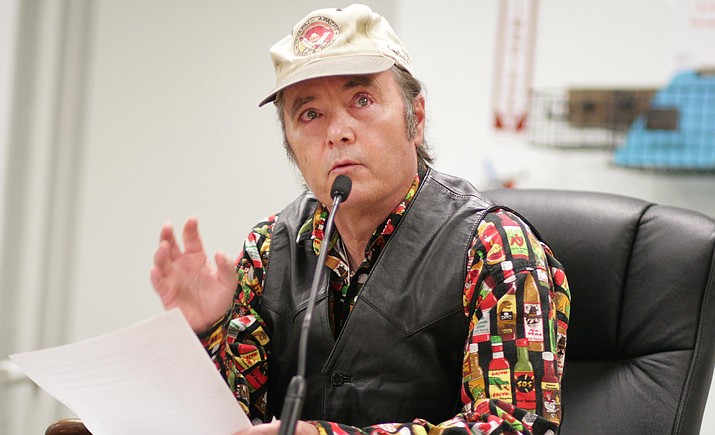 A few things to consider about Verde Connect.

For everyone, we clearly heard at the Camp Verde public presentation that the process going forward would be to finish public input, evaluate, do engineering, get final costs, get more public input, and then make a build or no build decision.

And Randy Garrison and Tom Thurman say that the road “will be completed, even with the opposition.”

That does not sound like they are following the process. It sounds like they have already made up their minds.

For the county and all its population to consider, quotes from supervisors have been that they don’t think that traffic will be greatly impacted along Middle Verde Road by this project.

Which means they don’t think it will be used much. This begs the question: why spend tens of millions of dollars for a road and bridge if it won’t be used?

For the supervisors to consider, delays of projects are generally based on process errors. Particularly in court challenges.

Making up your mind before the public input is even complete is a process error. Federal and state law, ADOT Charter, and VVMTP all require that “current conditions” be measured first – before any other steps.

That has not been done as all surveys, input, polls, traffic studies, etc. were done while SR 260 was a two-lane road (or worse) while under construction at 35 mph with many closures.

Their results are predictable and do not begin to meet the “current conditions” definition considering SR 260 is not yet done. Are you sure those process errors won’t bite you later?

For Camp Verde businesses and the Camp Verde Business Alliance to consider, let us say that Middle Verde Road is even mildly successful – meaning traffic will make traffic easier from Camp Verde to Cottonwood easier.

Say just 10% of the major shopping trips going to Cottonwood instead of Camp Verde, it would be devastating to Main Street and Finnie Flat Road.

How will a 10% or 20% decrease in sales affect your business and business environment?

For the Town of Camp Verde to consider, look up the definition of “connector road” on the ADOT website. You will quickly see that Middle Verde Road is far from meeting that definition. It has flooding issues, blind driveways and turns, mud flows, and inadequate bridges. Grandpa’s Wash has run four feet over the top in large storms.

I don’t see in any of the county’s plans anything about upgrading Middle Verde Road to connector road status. So who is legally responsible for doing this and maintaining it? The Town? The county?

What about the inevitable lawsuits when someone slides of the road due to flooding, rolls their car trying to avoid a car that appeared in a blind driveway? Someone will pay for the liability and inevitable improvements which will cost tens of millions that the town does not have.

Have you even asked the county about this? Or do you intend to wait until we take it in shorts as Camp Verde always does?

And last, again for everyone to consider, if Middle Verde area residents don’t want the road or bridge and the plan does nothing to help VOC or Cottonwood or Sedona’s real problems – 179 lanes and all 89a interchanges – do they really want all those tens of millions of dollars going to a useless boondoggle road and bridge to nowhere?

Does the entire rest of the county want to pay for these immense costs – at the expense of projects in their area and perhaps increased taxes?

My theory is that this is a vanity project for two supervisors that does nothing good for anyone except it allowed them to get a large grant that benefits county government and Jacobson Engineering.

We should all make our positions clear now – even if their minds are made up – and then attend them at the ballot box.

Send letters and explain it to them.

Eric Eberhard is one of the administrators for the Save the Middle Verde Facebook Group.