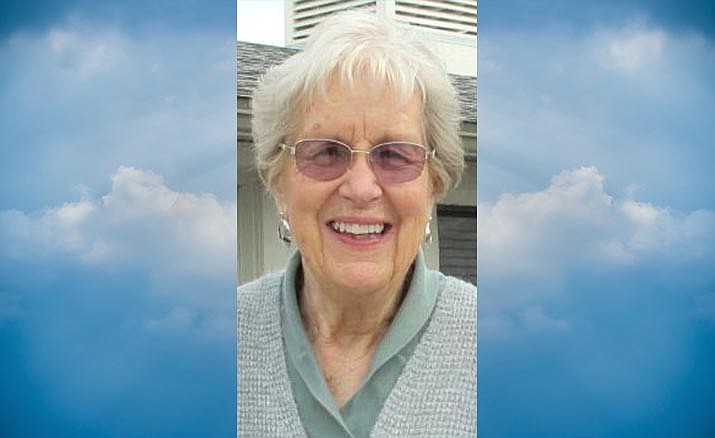 Gloria May Heidmann Born in Chicago, Illinois to Edward and Lucile Majeske on July 5, 1935. She went to Heaven to be with her Savior on May 15, 2019, after a brief illness.

Gloria attended grammar school on Chicago’s south side. After one year at Lindbloom High School she moved with her family (father, mother and younger brother, Kenneth) to Atlanta, Georgia. After her father was promoted to General Traffic Manager at Swift and Company, the family returned to Chicago where they settled on South Drake Avenue.

Shortly after returning to Chicago, she met her future husband, Pat Heidmann, who lived on the next block. She attended Morgan Park High School until she graduated in 1953. She received a scholarship to Valporaiso University in Indiana, where she majored in Elementary Education. After two years she attended summer school at Concordia College in River Forest, Illinois. In the fall of 1955, she received an emergency appointment to teach third and fourth grades in LaGrange, Illinois.

In the summer of 1956, she and Pat were married at their home church in Chicago. In June 1957, they moved to Flagstaff, Arizona, where Pat went to work for the Forest Service. In March of 1958 they were blessed with the birth of a daughter, Carey Lee, and in 1960 they welcomed their son, Mark Edward, to the family.

The family moved to Tucson, Arizona, in 1969 so Pat could attend the University of Arizona to receive his doctoral degree. Everywhere they lived Gloria was always busy working, taking classes at UofA and Northern Arizona University, where she received her degree in Elementary Education.

She taught school at Mt. Calvary Lutheran School in Flagstaff and worked as a teacher’s aid at Flagstaff Junior High School.

Gloria was a loving, caring person who made friends everywhere she lived. Despite many illnesses, battles with cancer and two broken hips, she never complained but had a happy smile. She always saw the best in everyone and was interested in everyone she met. She was a truly selfless person. She will be dearly missed.