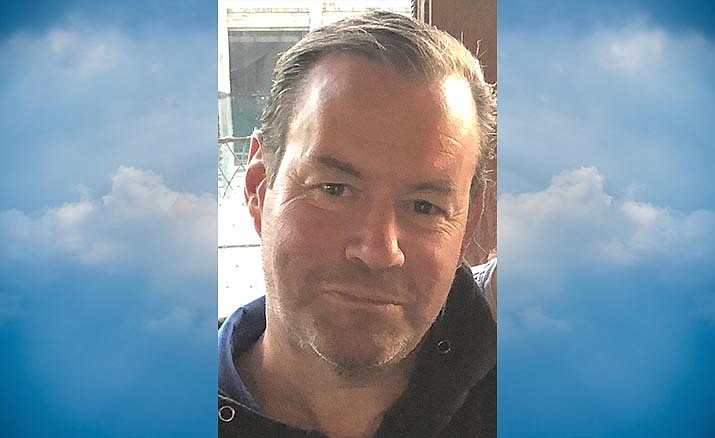 Our beloved Paul Dicus Brown passed away on May 8, 2019, after a short illness.

A loving dad and husband, Paul counted his family as his biggest blessing. He married his high school sweetheart and was devoted to his wife and children.


Paul was born January 3, 1970, in Culver City, California. He spent his young years in Arizona, a place he loved. His grandmother, Harriett Dicus Smith, a Jerome native whose family history began in the 1890s in Jerome and Prescott (Averyt), introduced him to Jerome when he was a baby. Over the years, Paul and his wife and children visited Arizona often. Their last visit was a celebration of his birthday in 2018 in Cottonwood.


Paul returned to California as a teen and attended Burlingame High School and graduated from Temecula Valley High School. He received a degree in architecture from Woodbury University and was trained as a Le Cordon Bleu chef. He designed kitchens and restaurants before pursuing a career in restaurant management.


Paul is survived by his wife, Cheryl Franco Brown; his two children, Justin and Allison Brown of Santa Clarita, California; his mother, Carolyn Wroughton Smith (Brown) Bradshaw and his stepfather, Albert Bradshaw, of Cottonwood; and his in-laws, Ruth and David Franco. His father, Donald Miles Brown, preceded him in death.


Paul brought his charm, smile and wit to everything he did. He was caring and kind and always willing to serve others.

A faithful man, Paul recently rededicated his life to Christ with baptism alongside his daughter. An avid fisherman with a great love for the ocean, his memory will be honored with a scattering of ashes off the coast of Ventura in a private ceremony.

Ashes will also be scattered near his father’s ashes in southeastern Arizona and a small remembrance urn will be given to his mother. He is loved. We will miss him greatly.