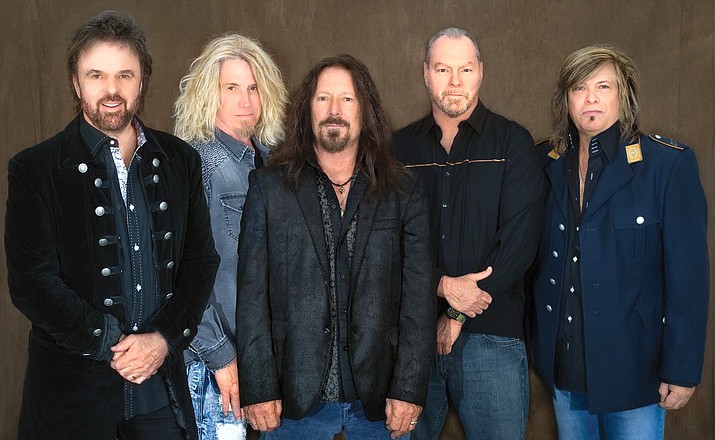 38 Special is an American rock band that was formed by neighborhood friends Don Barnes and Donnie Van Zant in 1974 in Jacksonville, Florida, with southern rock roots. Courtesy photo

COTTONWOOD -- Thunder Valley Rally has announced 38 Special and Great White as the headliners for the Sept. 20-21 shows.

Mogollon also will perform at the 2019 TVR event.

Thunder Valley Rally originally was hosted at Cliff Castle Casino before moving to Old Town Cottonwood. At one point, it was split between Old Town and Riverfront Park. In 2018, the event was hosted entirely at the park.

The City of Cottonwood puts on the event for marketing and business promotion.

Thunder Rally is over two nights and gets anywhere from 3,000 to 5,000 people each day, and about 65 percent are from outside the local community, Allen explained.

Allen said the event brings in “approximately $1 million to $1.3 million in economic impact for the weekend. The intent is to create and develop and continually sustain Cottonwood as a destination.”

38 Special is an American rock band that was formed by neighborhood friends Don Barnes and Donnie Van Zant in 1974 in Jacksonville, Florida, with southern rock roots, according to Wikipedia.

Their arena-rock hits include “Hold On Loosely,” “Rockin’ Into the Night,” “Caught Up in You,” “Fantasy Girl,” “If I’d Been the One,” “Back Where You Belong,” “Chain Lightnin’” “Second Chance.”

This year Thunder Rally will cost $20 for two days of entry. Scheduled for Friday is 38 Special, with Great White on Saturday night.

Great White released several albums in the late 1980s and gained airplay on MTV with music videos for songs like “Once Bitten, Twice Shy.” The band reached its peak popularity with the album Twice Shy in 1989, states Wikipedia.

Allen said there will also be street musicians on corners in Old Town Cottonwood this year and bikers will line the parking curbs along Old Town. A motorcycle parade is being planned to kick off the event.

Allen said they have been able to lower their financial risk over the years through gained experience. He said the line-up with a band like 38 Special will attract more people this year in addition to the city’s marketing and branding efforts.