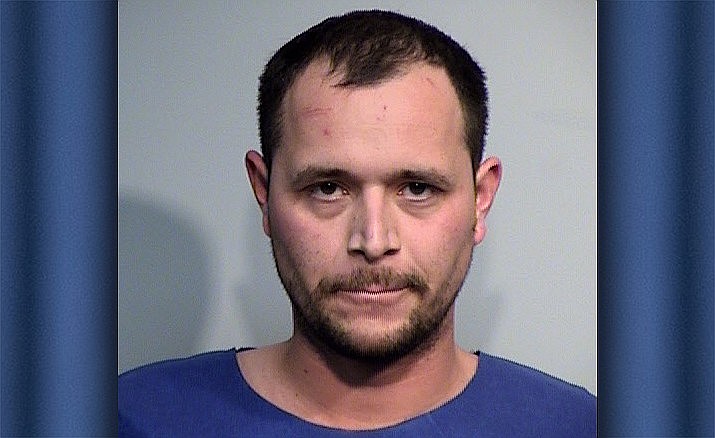 A police pursuit through Prescott and Prescott Valley Monday night, May 27, ended when the suspect drove a stolen car off a cliff, according to the Arizona Department of Public Safety (DPS).

On Monday at around 9 p.m., DPS troopers responded to a report of a stolen vehicle, which they located on Highway 74 (Carefree Highway) near Interstate 17 just south of Anthem.

The suspect refused to stop and led officers on a pursuit from northbound I-17 that eventually came through Prescott and Prescott Valley, DPS said. During the pursuit, the suspect reportedly avoided spike strips and tried to carjack two vehicles but was unsuccessful. A DPS Ranger helicopter helped monitor the stolen vehicle as the suspect drove it out of the Prescott area toward Wilhoit.

The pursuit ended on Highway 89 when the suspect drove over a cliff in the southbound lanes near milepost 303, DPS reported.

The suspect then bailed out of the vehicle but was located in the trees and arrested. He was identified as John Felipe Jaimes, 29, of Las Vegas, Nevada.

Jaimes was treated for only minor injuries and then booked into the Yavapai County jail in Camp Verde on charges of theft of means of transportation, failure to comply with a police officer, endangerment, false reporting, driving under the influence (DUI) to the slightest degree, two counts of aggravated DUI and criminal damage.