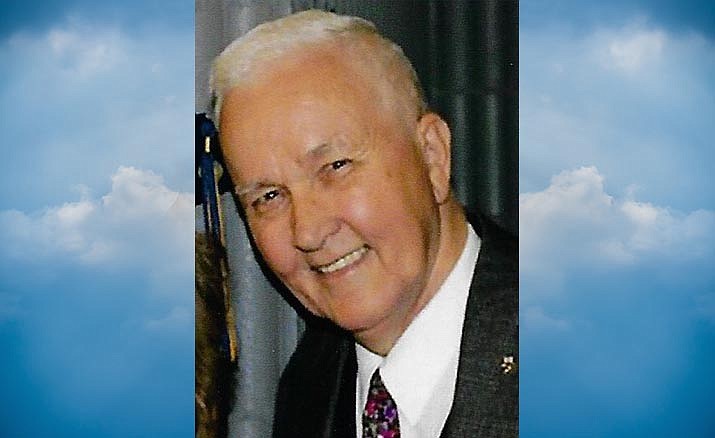 He was born in Manilla, Philippines, on August 14, 1934, to the late Walter and Julia Parman. A proud American, Bob served his country as a US Marine First Sergeant Tank Commander during the Korean War.

He married the love of his life, Mary, in 1956 and raised their six children in Pataskala, Ohio. Always working hard to raise and support his family of eight, he spent 30 years as a volunteer fireman in Pataskala, and ultimately as Fire Chief of Jefferson Township in Gahanna, Ohio.

His faith and family have carried him through life and he, and we, firmly believe he will be in Heaven waiting for his family and friends to join him. Bob is preceded in death by his parents; brother, Walter Lee Parman; and grandson, Michael Elias Dean.

Bob is survived by his beloved wife of 63 years, Mary Wilma (Vittitow); sons Charles Douglas Parman; Bruce Clayton Parman and his children: Joshua, Jessica and Jacob; Robert Elias Parman Jr., his wife, Lori, and their daughters: Ashley, Tiffany, and Rachel; Julia Catherine Dean and her daughter, Katherine; Lynnee Michelle Borgia and her children: Mauritsa, Lucia, and Vittorio; and Lauri Jo Ortega and her husband, Daniel. He has many great grandchildren who will know their great-grandfather through stories of love and much laughter.

A funeral Mass will be celebrated at Immaculate Conception Catholic Church in Cottonwood, Arizona on November 7, 2019, at 11 a.m., and an Honor Guard Service will be held at his resting place, Prescott National Cemetery, 500 AZ-89, Prescott, Arizona on January 10, 2020, 11 a.m.


In lieu of flowers, if you’d like to make a donation in Robert’s name, one of his favorite causes was www.woundedwarriorproject.org.