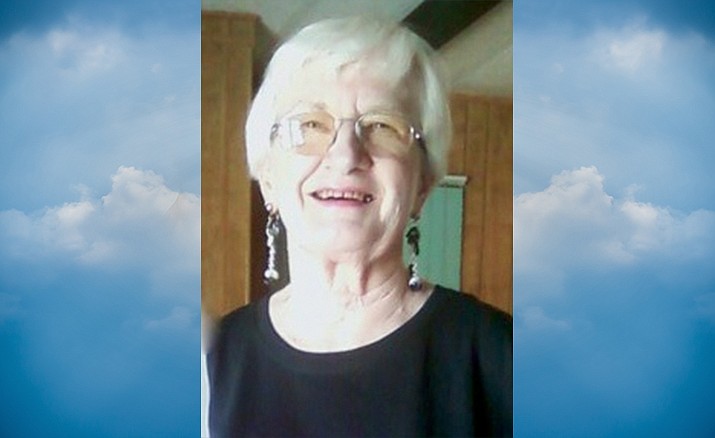 She graduated from Howell High School in Howell, Michigan, where she later trained as a nurse at St. Lawrence Nursing Academy and went on to work in physicians’ offices for the rest of her career.

Sandy met and married the love of her life, Jerry Cronan, in Lansing, Michigan, whereupon she shed her only-child status and became a happy member of the big, exuberant, sometimes irreverent but always lovable Cronan clan. She gained nine siblings overnight: Viola and Ben Wygoski, Evelyn Cronan, Martin and Jan Cronan, Bernie and Tina Cronan, Patrick and Jan Cronan - all of whom embraced her as they and their children continue to do to this day.


Sandy and Jerry raised two children of their own who loved them dearly and marveled at their good fortune of winning the parent lottery: James William Cronan was an extraordinary man with a heart that could be seen from space, and was a remarkably compassionate son and big brother.


Mary Kathleen Cronan writes these words to you now. Sandy and Jerry lived and worked in Michigan, Ohio, Colorado and New Mexico, but ultimately settled in Sedona, Arizona where they owned J&S Auto Parts.

Sandy worked at Sedona Medical Center for 22 years and Jerry worked in contractor sales at Babbitt’s. They met treasured friends in the Red Rocks, and were both conscious of and grateful for the chance to live in such an exquisite place.

Though Sandy was always and ever her own person (ask anyone!), as the daughter left to try to write her story, I will hereafter refer to her as Mom, but with the full awareness that she was so many things to so many people… Mom so enjoyed being a part of her patients’ lives; she was the person they’d call at home on the weekends or intercept at Bayless or Bashas to discuss their symptoms. She loved her coworkers with whom she formed lifelong friendships, and she always kept them in stitches of laughter, but don’t think she didn’t give them a piece of her mind on more than one occasion!

Dad was simply the happiest human being I’ve ever known and I wasn’t the only one who said so. He was inherently kind, super-humanly patient, and his words always matched his actions. I miss him and his laughter every day. Mom and Dad traveled extensively - from Alaska to Hawaii to the Caribbean (Dad almost created an international incident flying his beloved Coors in to Exuma), from Sanibel Island to their beloved Rocky Point - in search of the shells that filled them both with wonder and awe in God’s creation.

Losing her beloved son, Jim, and her soul mate, Jerry, in the space of four years nearly undid Mom. She grieved, struggled and faltered, as we all do when our hearts are breaking. But slowly, over many years, she made the decision to rejoin the world.

She bought and drove a succession of RVs from Mexico to Canada and across the beautiful United States. She swam with the dolphins in Honduras, took on New York City and relocated to Camp Verde where she quickly made new friends-turned-family with the lovely people there.

In retirement Mom volunteered for several service organizations in the Verde Valley including Verde Valley Caregivers, whose invaluable support she would later use herself.

She loved Elvis, ice cream and teddy bears in addition to her beloved seashells. She delighted in acting as stand-in Mom from time-to-time for many of my beloved friends.

She strove to live the Twelve Steps, and honored and loved those who trudged the road with her. Mom was feisty and funny, and the most tender-hearted listener you could ever find. She was fiercely loyal to her friends and family. And even as her health declined, she was forever asking various caregivers if they were alright and whether they would get to go home soon.


In 2011, angelic orchestration combined with serendipity to bring Mom and I in to the embrace of the amazing Hirth family who loved and laughed with her right up to the end, and who continue to do the same for me. I am beyond grateful for their love and support.

Mom did not want a memorial service, preferring instead that her loved ones cherish her memory and work in the service of others. And she would also want them to dance like nobody’s watching, and to laugh out loud at regular intervals.

Mom, you pulled off the highest of generational healing - you gave to Jim and to me the love you didn’t receive as a child. No disrespect to Grandma and Grandpa - we always knew they were good people who tried their best. But you took the pain of many losses over many years and turned it in to love, kindness and compassion.

That’s the work of a lifetime, and you knocked it right out of the park. I am so incredibly proud to be your daughter, Mama. Thank you for being my best friend, my best teacher and the best mom imaginable.