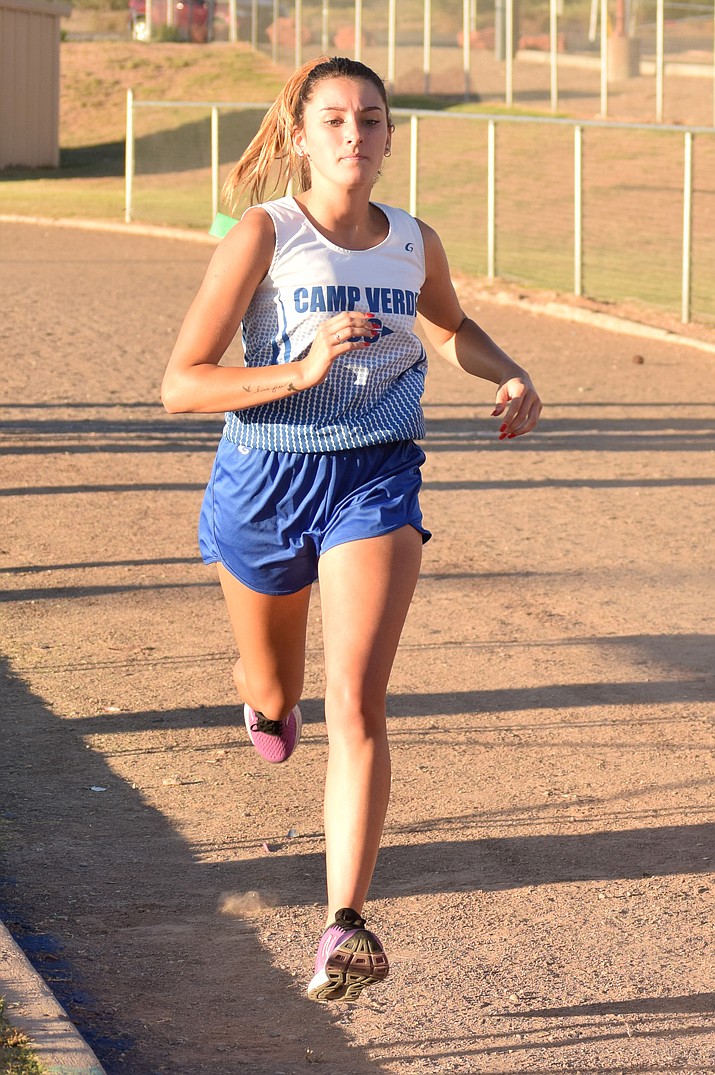 After a dress rehearsal meet in Holbrook, Camp Verde High cross country will return for Sectionals.

On Friday the Cowboys head to the Division IV Section III meet at the Hidden Cove Golf Course in Holbrook. The meet starts at 1 p.m. for the girls and 1:30 p.m. for the boys.

On Oct. 25 the Cowboys competed at the Holbrook Invitational, which was also at the Hidden Cove Golf Course. The boys finished in 21st place.

The meet came a couple days after they hosted a dual meet with Mingus Union.

“It went well,” CV head coach David Castillo said. “All the kids got a good view of the course. It was pretty tough because they had to race two days before so they didn’t run their reflective times that they should’ve, whatever, but they actually were all pretty consistent of what they’ve been running all year and I think with fresh legs they’ll be able shave some seconds of their time that they did two weeks ago at the same course.”

Castillo said he thinks that knowing the last meet was on short notice will give the Cowboys a boost in their return to Holbrook.

“That’s kinda what the plan was, to be able to get them that meet and then the second meet and then have a good, literally over almost two week break, maintaining the fundamentals and maintaining their base that they’ve done all year and we did a little bit of fine tuning stuff last week,” Castillo said. “This week’s all about just getting them there and lots of stretching and recovering over some injuries and just having fun with the rest of the season.”

The Cowboys head to Sectionals this year with a full boys and a full girls team.

If they don’t make it to State as a team, Castillo said he thinks almost all the Cowboys could qualify as individuals, especially Ritzenthaler, Hanson and Elio.

Castillo said the practices since the last Holbrook meet have been great.

“The kids have been working hard,” Castillo said. “Prior to our last Holbrook meet we had some sick kids as well so right, knock on wood, no one is sick. So I told them all ‘if you’re going to get sick, do it then’ (laughs), so it was actually if anybody was going to get sick it was the better time for them to do it and now everybody seems to be healthy, just a couple of minor injuries, you know and stuff like that, nothing major, just stuff to get through.”

“It’s a tough section to come out of,” Castillo said. “Before I first started coaching I actually went with our team to Holbrook with (former CV head) coach (Mike) O’Callaghan and his interpretation, and it’s pretty similar to what it is now, was whoever comes out of this section first place will be your state champions, they’re gonna all be competing for that state championship and basically this section is historically tough.”