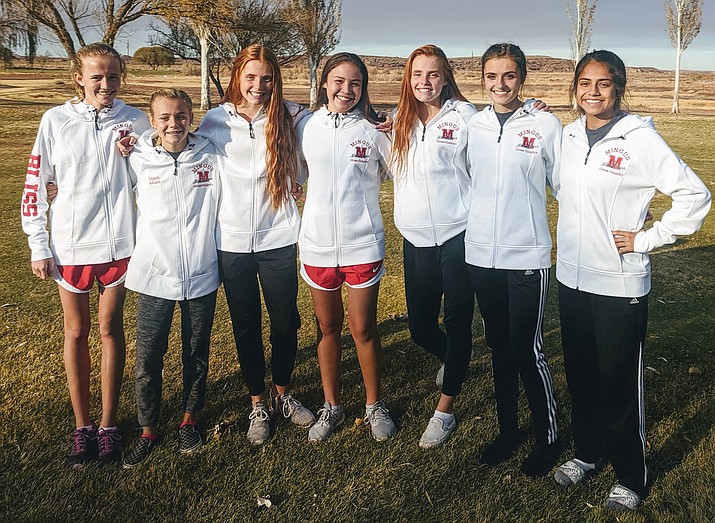 Mingus girls cross country qualified for state with a sixth place finish at sectionals at Holbrook on Friday. VVN/Dan Engler.

Mingus Union girls cross country comfortably qualified for state and the boys nearly did the same.

At the Division III Section IV meet at Hidden Cove Golf Course in Holbrook, the Marauder girls finished sixth with 143 points. Meanwhile the boys finished ninth with 215 points, missing out on the state meet by one spot.

The top half of the teams make it to state and in the case of an odd number like the 15 for Section IV, they round up.

Prescott won the girls race with 49 points and Page took home the boys title with 52 points.

It’s the first time Mingus Union has qualified a team for the state meet since 2015 when both the boys and girls made it and both were 14th. Last year Meg Babcock ran alone at state, finishing 94th and Hannah DeVore was 85th in 2017. In 2016 no Marauders made it to state. 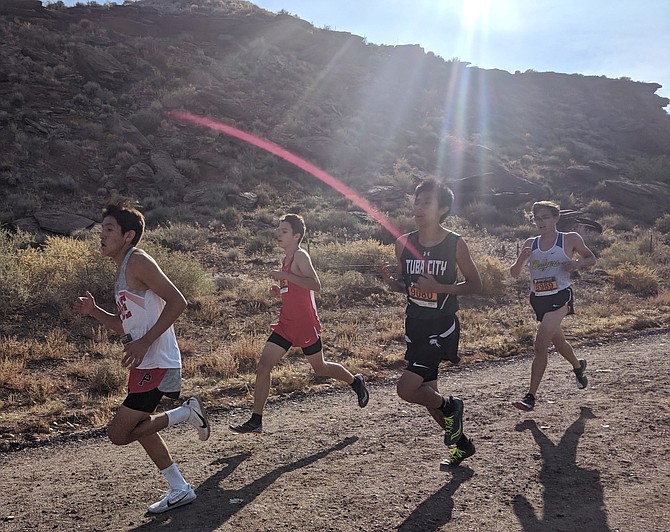 On the boys side, freshman Keenan Brekke was the Marauders’ first finisher, taking 34th in 17:57.4.

The top 25 finishers whose teams did not qualify move on to the state meet.

On the both boys and girls sides there was 15 teams that had a full squad of five scorers.

The Division III girls state meet is Saturday at 1 p.m. at Cave Creek Golf Course in Phoenix. All four divisions will race there, starting at 9:15 a.m. with the Division IV girls.