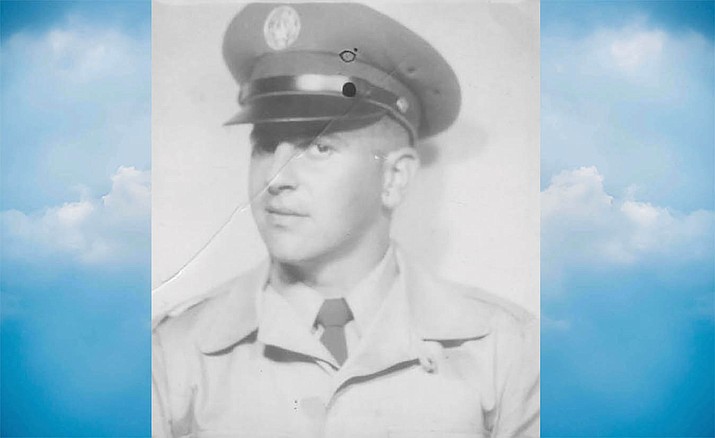 Jerry Allen Collins, aged 79, passed away from complications due to a short bout of pneumonia on Oct. 21, 2019 in Sedona, Ariz. with his loving family at his bedside.

As a young child Jerry enjoyed the outdoors spending many hours hunting, fishing and enjoying nature’s beauty. Occasionally, Jerry would fall asleep in the woods and his family would have to send out search parties to find him. Jerry spent many happy years with his beloved Grandpa Bailey, who was a successful farmer and gifted storyteller.

Jerry helped his grandfather in the apple and pecan orchards, and learned to grow red corn and banana musk melon. Jerry inherited the art of storytelling from Grandpa Bailey. Jerry graduated from Van Lear High School in Van Lear, Ky. in 1958.

Jerry worked briefly in the coal mines of Kentucky before he enlisted into the Air Force in 1961. He was stationed at Stead Air Force Base in Reno, Nev. as a radar technician during the Vietnam war. There he met the love of his life, Theresa Arvin.

They were wed in Reno on Aug. 17, 1962. Upon finishing his military career Jerry and Theresa started a family in Reno.

During the years of raising his family Jerry worked at many different jobs. He was a master machinist and loved to make things with his hands. He was a dye maker for Chrysler Corporation and worked in a mobile home manufacturing company just to name a few.

He earned a degree in accounting from Links School of Business.

Jerry had many hobbies and was very good at all of them; they included photography, whittling, fly fishing, leather tooling, and woodworking.

He designed and manufactured beautiful custom knives. He was very proud of his involvement in amateur radio and received his amateur radio license.

He loved all animals, especially horses. He was always bringing home new additions to the family, namely dogs, cats, birds and even a tarantula. Jerry loved to cook and made delicious chili, spaghetti and stew. He also made a wonderful peanut butter fudge.

Jerry will be remembered as a man who was stubborn for his love of life, family and creativity. He had a great sense of humor and loved to make people laugh. He is preceded in death by his parents; brother, Danny Collins; and grandson, Patrick Bussa.

At Jerry’s request no formal service will be held. A Celebration of Life with his family will be held at a later date.

An online guestbook is available to sign at westcottfuneralhome.com.