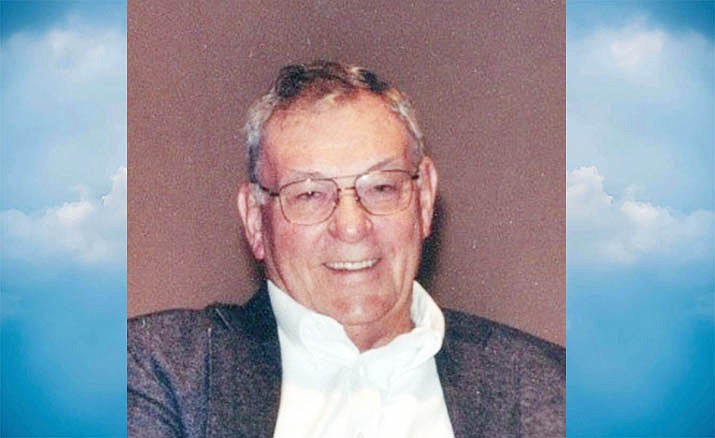 Ralph Andrew Lizotte of Camp Verde, Ariz., passed away peacefully on Oct. 16, 2019. Ralph was born in Claremont, New Hampshire, on Oct. 25, 1932, to the late Andrew and Bernice Lizotte.

He attended Stevens High School in Claremont, N.H., and graduated in 1951. After graduation, he enlisted in the US Air Force and became a police officer. In 1956 Ralph joined the Mesa, Ariz., Police Department.

In 1966 he became an Arizona Highway Patrolman and requested an assignment to the Camp Verde area.

In 1979, Ralph became the Camp Verde Justice of the Peace and later retired in the 1990s.

It is evident that Ralph dedicated much of his life as a public servant and we thank him for his service. Ralph was well known and much loved and respected throughout Camp Verde.

Ralph is survived by his son, Jack A. Lizotte (Victoria) and family. He is preceded in death by his loving wife, Mary Ann; brothers, Brian Lizotte and Lloyd Lizotte.

Ralph will be truly missed but not forgotten!

In lieu of flowers and because of his love of animals, Ralph has requested that memorial donations be made to the Best Friends Animal Sanctuary in Kanab, Utah, at BestFriends.org or Best Friends, 5001 Angel Canyon Rd., Kanab, UT 84741-5000.