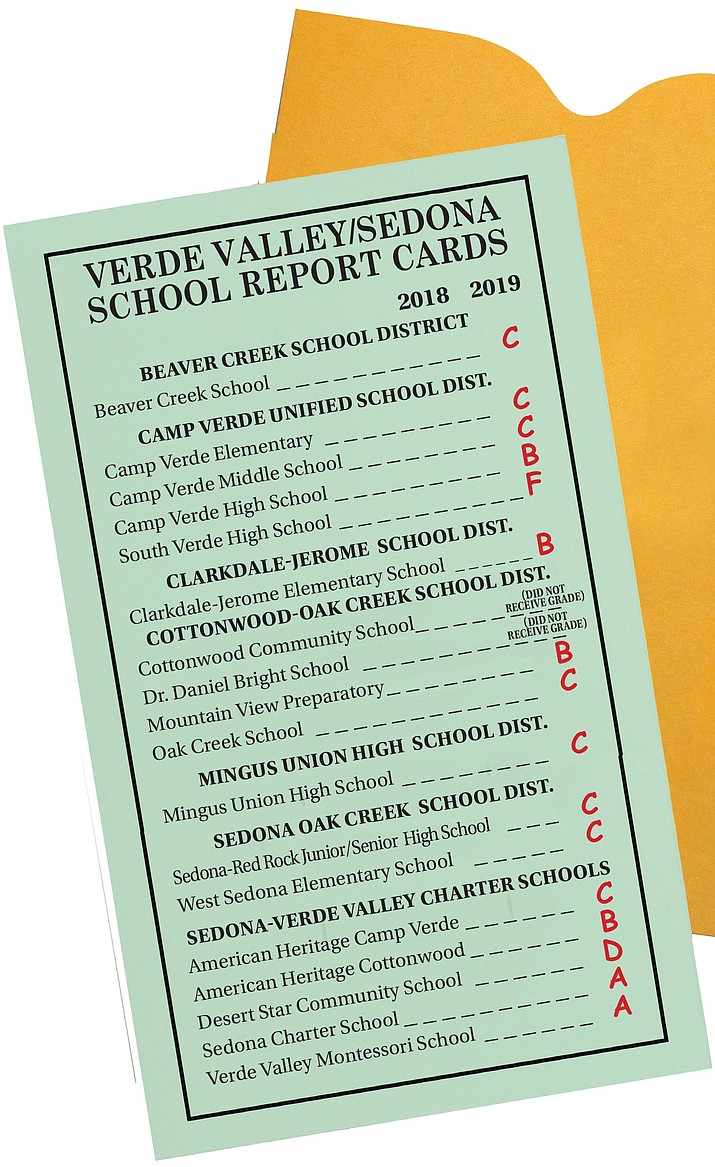 In 2017-2018, Schumacher was principal at Cottonwood Middle School.

Both the story and the chart have been corrected.

VERDE VALLEY — Education is about providing opportunities for children. Earning a good grade is only one of those opportunities.

Schools can appeal their grades until Nov. 15, according to the Arizona Department of Education website, azsbe.az.gov/f-school-letter-grades. Dec. 9-11, the state’s A-F Appeals Committee will review appeals.

“The state’s grading system is extremely limited in scope,” King said Thursday. “It’s a narrow definition and it does not encompass all the attributes and challenges of any school.”

In between, four schools this year received a B, eight a C, and one a D.

Though the school’s administration is “excited that we are making progress in the eyes of the state accountability representatives,” Principal Katrina Sacco said that Beaver Creek does “not typically measure our success based on the letter grade system.”

“We push our students to be well rounded people, and [we] have high academic expectations for them every day,” Sacco said.

Camp Verde High School improved from C to B, American Heritage Cottonwood improved from a D to a B, and Mingus Union from D in 2017-18 to this year’s C.

“We hope that we can get that grade bumped up into the B area,” Westcott said. “Even then, we’re not satisfied with a B.”

A year ago, Clarkdale-Jerome successfully appealed a B score, as it was later changed to an A. This year, the school received a B, and has no plans to appeal, Superintendent Danny Brown said.

“Our overall proficiency score increased, but where we fell short was our growth scores, which account for 50 percent,” Brown said. “As we delve into the details, we will look to see how close students are moving up to the next level proficiency level. We want to ensure all students see improvements in the future.”

Brown also said that Clarkdale-Jerome also measures “relationships that our faculty and staff build and nurture with our students.”

“The CJSD faculty and staff provide a well-rounded education that includes many hands-on experiences and field trips that cannot be measured with an assessment,” Brown said. “I would put my faculty and staff up against anybody in the state of Arizona and I am proud to be a part of this district.”