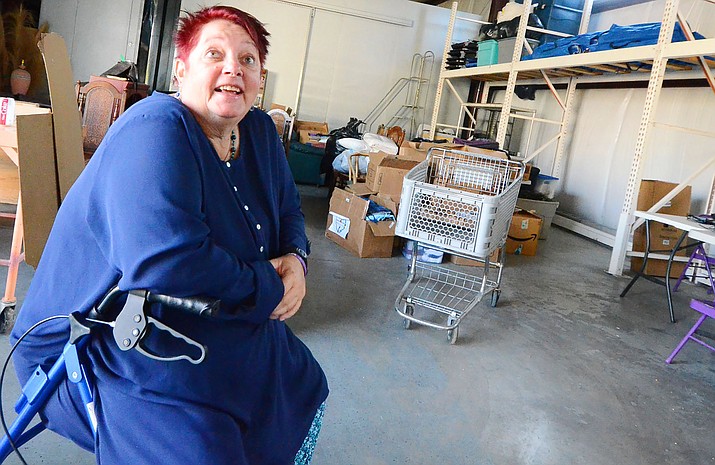 COTTONWOOD - Raena Avalon is resigning as the executive director of the Verde Valley Homeless Coalition.

“I had a wonderful, exciting 2½-year journey forming and building the Verde Valley Homeless Coalition service organization,” she said Thursday.

“The Drama Free Zone Drop-in and Emergency Shelter has been my assignment and through divine guidance is now complete. I have a feeling there are more service assignments in the works.”

Carol Quasula, the board president, is taking over as interim executive directive of the coalition.

The day shelter was open for 13 months on South Main Street, but had to close in September when the lease ran out. Avalon looked for months for a new location, finally finding one down-the-street closer to Old Town.

She is stepping down as executive director and taking a break to get her “knee replaced, rest and heal.”

Avalon said she feels she is leaving the homeless population in good shape. The new shelter is much larger and the homeless are spread out, and it’s working out “beautifully.”

“The homeless are OK,” she said. “The next thing we need to address is some kind of traditional or emergency shelter. I don’t know what the future holds for me or what my next assignment will be … I’ll still be around.”