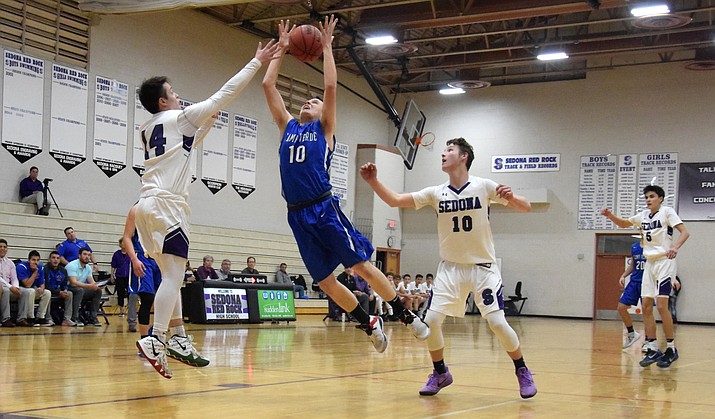 Camp Verde High boys basketball have been working hard and regulars in the gym — maybe even too much.

“There was a couple of them that snuck in one or two times and tried to get in here and get shots up but that’s just who they are,” CV head coach Daniel Wall said with a laugh. “They really like to work hard at their shooting, their ball handling and really get better at it, but it’s neat because it’s starting to show on the court this year and fun.”

The Cowboys look for court time all over Verde Valley.

“They like to go to the town gym and play or over to the rec center in Cottonwood,” Wall said. “There’s a lot of gym rats in the program this year, which is a lot of fun.”

“The offseason was great because we all focused on the weight room, we’re trying to get a lot stronger and focused on getting better on our skills, stuff like that,” Collier said. “The team was in the weight room and the gym more than any time I’ve been a part of this high school. So we were all looking to get better and that was a huge motivator to lose that game.”

The Gilbert Classical game snapped a seven-game winning streak that the Cowboys were on. 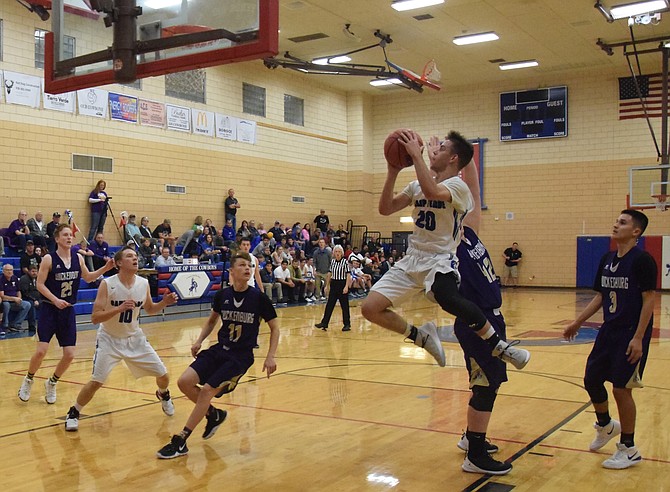 The Cowboys lost four seniors from the 2018-19 team, headlined by guard Ismael Hogan, their fourth leading scoring and their center, 6-5 Dayton Smith.

They have six seniors this season though.

“Overall we’re doing well, they’re working hard, they’re engaged, just working,” Wall said. “They spent a lot of time in the offseason preparing and it’s definitely showing, they’re definitely ahead of where we thought they’d be at this point.”

Collier said the players that are new to varsity have been doing well, been working hard and have been ready for a while.

“We have four freshmen coming in this year that are looking good and are competing hard and it’s been a really good start for out JV program as well, a lot of great effort from some kids,” Wall said.

The Cowboys open up defense of their region title on Dec. 17 when their travel to North Pointe Prep.

“I think there’s going to be some good teams in the region,” Wall said. “Scottsdale Prep gets their best kid back—he’s a really tough player. Glendale Prep has most of their team coming back from last year and we’re really expecting them to have a strong showing this year. And I think the coach up at Northland Prep does a great job with his kids as far as player development, skill development, so we really saw them improve throughout the summer. So particularly those three look really, really strong this year. We’re excited to compete and just see how it all shakes out.”

Camp Verde faces rival Sedona Red Rock on Jan. 10 on the road and Jan. 24 at home. They host the Yvonne Johnson Memorial on Dec. 27th and 28th.

Wall said Collier and Bast are really impressive, both on the court and off.

“They’re both seniors and they’ve been doing a good job in leading us in practice with their effort and with their communication as seniors are supposed to do. And I really like those two because their great kids off the court too, they work hard in the class room and volunteer in the community and just really neat kids to have.”

“I look at it both ways, it’s a negative and a positive,” Collier said. “A positive because it’s a great winning year, we know what it takes to get to that level and also how you have to keep your composure and battle through games, you can’t go into games thinking ‘oh, we got this game because our record is better than their game’ we have to go in trying to get better each game. That’s a part of it, just going into each game with the same mentality, but I look at it both ways.”

The Cowboys face Coconino and Ash Fork in a scrimmage away from home on Saturday. Then they open the season at Chino Valley on Nov. 26.

Their home opener is Dec. 5 against Anthem Prep at 7 p.m.