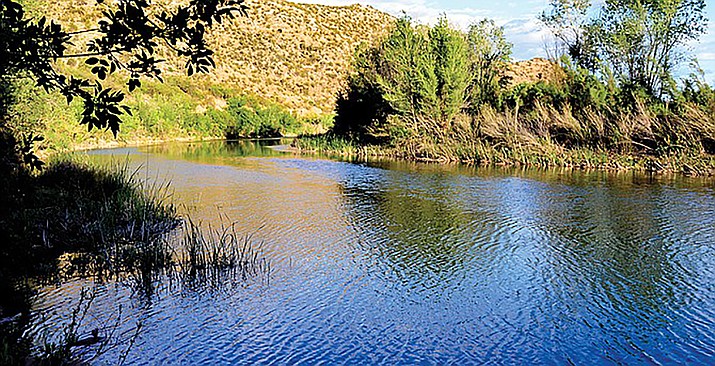 The Nina Mason Pulliam Charitable Trust has donated almost $5 million through the years to aid with various Verde River projects, including $600,000 to the Nature Conservancy in Arizona and Friends of the Verde River that was announced this week. File photo

VERDE VALLEY -- The latest donation from a trust that’s been used to fund many environmental projects along the river is going to be tapped once again.

This week, representatives of the Nina Mason Pulliam Charitable Trust and Nature Conservancy of Arizona announced a donation of almost $600,000 for a variety of Verde River projects. The money from the trust, which has donated a total of about $5 million through the years for projects along the river, will go to NCA and to the Friends of the Verde River.

“There are a variety of projects that will benefit from this,” Schonek said. “And all of them help celebrate both the river and the need to use resources efficiently and sustainably.”

Projects include crop conversion, a voluntary offset program, ways to protect drinking water and an illustration of how conservation actions impact the river.

According a news release about the donation, the Verde River supplies drinking water to more than 3 million people in the Phoenix metropolitan area — serving as a critical water supply for 10 Valley of the Sun cities. The Verde is also Arizona’s only wild and scenic-designated river.

The funded projects will help directly improve the flow of water at several junctions and across a variety of terrain. Local businesses Page Springs Vineyards, Merkin Cellars and Out of Africa have all participated in the program.

Schonek said changing from crops such as alfalfa to a small grain that uses little surface water, such as rye or barley, which she said can reduce water use by as much as 50 percent on targeted lands.

In the year ahead, farmers, including those whose land is part of the Yavapai Apache Nation, will work with the Conservancy and some consultants to slowly make the shift to cultivation of small grains.

“This is not only a critical step, but it’s also a celebration of both human ingenuity and how bountiful the Verde Valley’s resources can be,” Schonek said.

Another project focuses on reducing sediment in the drinking-water supply.

The Pulliam Trust, based in both Phoenix and Indianapolis, has been geared toward various human, animal and nature needs since its inception in 1997.

“We’re thrilled to partner on these projects, which are designed to protect and restore the Verde River while driving important conversations around water conservation,” says Carol Peden Schilling, chair of the trust, in the news release.