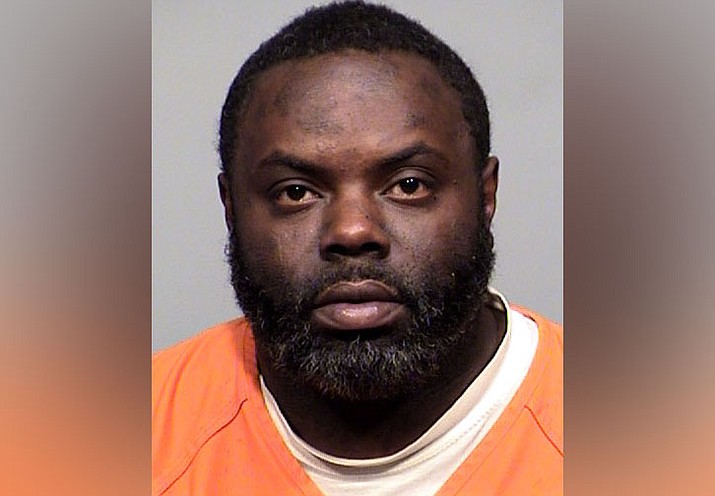 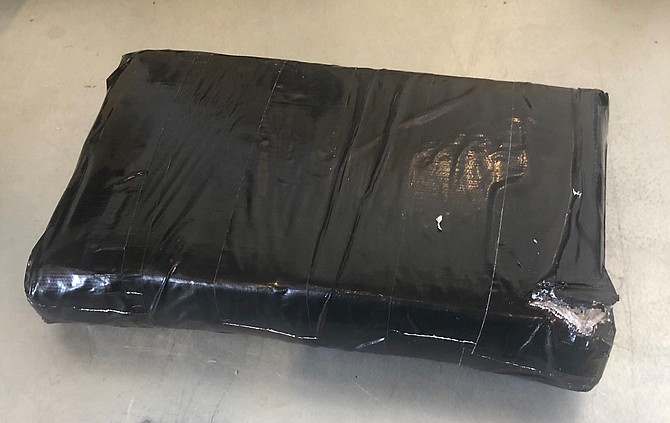 This three-pound package was removed and its contents tested positive for cocaine. Photos courtesy of Yavapai County Sheriff's Office.

The motorist, 38-year-old Wisconsin resident Marquis Jackson, was driving a gray 2019 Nissan Altima with Oklahoma plates when he was stopped traveling northbound on I-17 in the Cordes Junction area, according to a news release by Dwight D’Evelyn, public affairs supervisor with the Yavapai County Sheriff’s Office.

Once the deputy was able to stop the vehicle and contact Jackson, the driver “was extremely nervous and offered comments about his travel plans that were confusing and contradictory,” D’Evelyn stated.

“The deputy, based on his training and experience, determined that Jackson may be concealing his knowledge of contraband, i.e., drugs, etc., in his vehicle,” D’Evelyn stated. “As a result, the deputy asked and received permission from Jackson to search the vehicle.”

While searching the driver’s side of the vehicle Jackson was driving, the deputy reportedly noticed tooling marks and scratches in the paint next to the edge of the driver’s door panel.

“By using a wedge tool, the deputy was able to see a package at the bottom of the door wrapped in black duct tape,” D’Evelyn stated. “The concealment and type of packaging [the deputy] observed indicated that illegal drugs were being transported.”

To safely remove the package, YCSO towed the vehicle to the Sheriff’s evidence building “under the deputy’s constant view,” D’Evelyn stated. Once at the facility, the three-pound package was removed and its contents tested positive for cocaine.

D’Evelyn stated that Jackson said he “was unaware of the cocaine.”