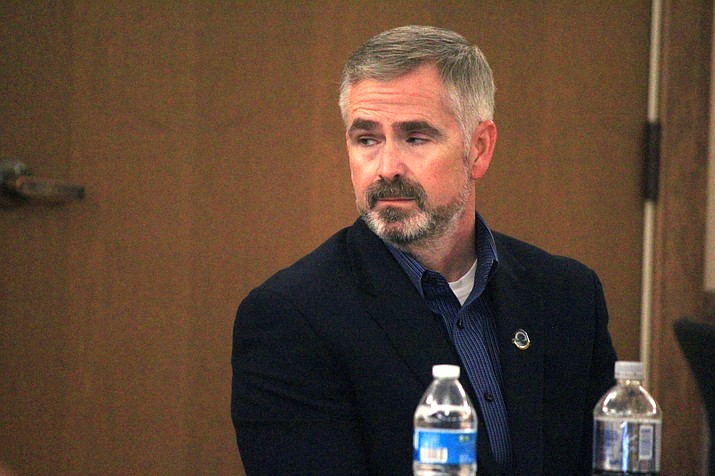 Cottonwood City Manager Ron Corbin received authorization to spend as much as $10,000 in reserve funds on a housing needs assessment. The city would pick up part of the cost of extending a Sedona-centered study to include much more of the Verde Valley; Corbin will discuss with other entities the idea of them picking up part of the assessment cost as well. VVN file photo

COTTONWOOD — At its Tuesday, Nov. 19 regular meeting, the Cottonwood Council unanimously approved up to $10,000 to be spent on a housing needs assessment.

The assessment, which will expand an existing being conducted by the firm Elliott D. Pollack and Co. for the City of Sedona, will be a regional study, including all or most of the Verde Valley. According to Cottonwood City Manager Ron Corbin, the City of Sedona is footing the largest portion of the cost of the study — $40,000 — and while Corbin asked the Council for $20,000, he agreed to talk to “partners and stakeholders” and find out if other entities could foot portions of the remaining $30,000 to match Sedona’s share.

Cottonwood Vice Mayor Tosca Henry was the most vocal councilmember in terms of how much the city should contribute, initially countering Corbin’s $20,000 request with a recommendation of between $5,000 and $7,500.

Corbin said articulating exact needs can prevent the city for getting involved with grants or programs that aren’t helpful.

Councilwoman Jackie Nairn said $10,000 “feels right” to spend on the study. All councilmembers acknowledged the severe need for more affordable housing in Cottonwood and the Verde Valley in general.

The Council authorized Corbin to return and to request additional funding for the study if it is needed.

Mayor Tim Elinski praised the work of Justin Clifton, who has been Sedona’s city manager since May 2015, for the work Clifton has done in housing and needs assessment.