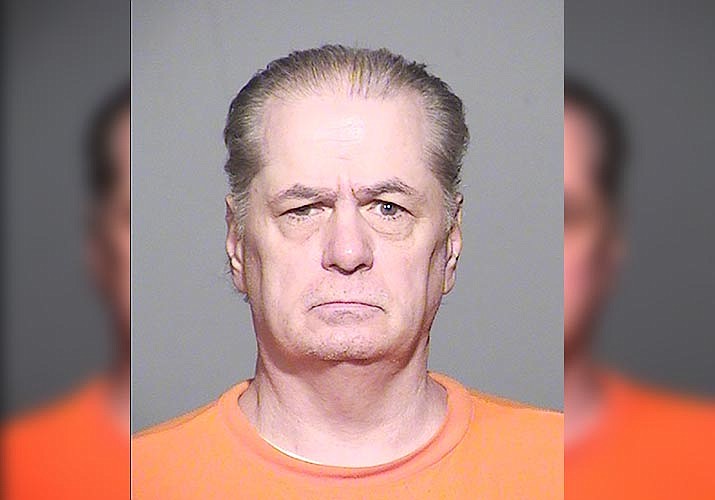 In a unanimous opinion announced Friday, thee 9th Circuit Court of Appeals judges said there was evidence that the attorneys assigned to Barry Lee Jones did not investigate evidence that suggested that the timeline in the beating, sexual assault, and death of Rachel Gray did not occur as prosecutors told the jury. Courtesy of Arizona Department of Corrections

PHOENIX -- A federal appeals court has ordered the state to release a man convicted of the 1994 death of a 4-year-old in Tucson.

In a unanimous opinion, the judges said there was evidence that the attorneys assigned to Barry Lee Jones did not investigate evidence which suggested that the timeline in the beating, sexual assault, and death of Rachel Gray did not occur as prosecutors told the jury. And Judge Richard Clifton, writing for the three-judge panel of the 9th Circuit Court of Appeals, concluded that ineffective assistance of Jones' counsel resulted in a guilty verdict -- and a death sentence -- that might not have otherwise been imposed.

In Friday's order the judges ordered Jones released unless the state intends to retry him.

But Ryan Anderson, a spokesman for the Attorney General's Office, said it may not come to that. He said the state intends to seek review by the full 9th Circuit -- and, if necessary, take the case to the U.S. Supreme Court.

And if that fails, Anderson said prosecutors will take the case back to court for a new trial.

According to court records, Jones was sharing his trailer on East Benson Highway near South Alvernon Way with his girlfriend Angela Gray, his own daughter and his girlfriend's three children, ages 4, 11 and 14.

Early on the morning of May 2, 1994, Jones drove Angela and Rachel, the 4-year-old, to Kino Community Hospital where she was pronounced dead of arrival.

The cause was a laceration in how bowel due to blunt abdominal trauma. She also has other injuries, including a scalp laceration and evidence of sexual assault.

Jones, 36 at the time, was arrested the same day and charged with murder, sexual assault and child abuse. The jury found him guilty of all charges.

Significantly, jurors accepted the prosecution's argument that all the events occurred within a two-hour window, which made Jones guilty of "felony murder.'' That made him eligible for the death penalty which the judge ultimately imposed.

Clifton, however, said the evidence presented about that timeline was not that clear.

More to the point, the appellate judge said that, based on testimony from others, Jones' attorneys should have done further investigation. And he said there was a "reasonable probability'' that had the lawyers challenged the timeline that the jurors might have reached a contrary result.

For example, Clifton noted, a doctor who testified at Jones' trial later said that the abdominal injuries most likely occurred prior to May 1 -- and that he would have testified to that at the trial had the defense attorney asked the right questions.

It also turned out there was conflicting evidence about when the scalp injury occurred. And a doctor said that injuries as a result of a sexual assault predated the abdominal injury and may even have predated when Jones began living with Rachel and her family.

There also was inconsistent evidence between what was told to the jury in the Jones case compared with what was told to jurors in a separate trial of the girlfriend who was convicted of child abuse by criminal negligence and sentenced to 8.75 years in prison.

"`The evidence presented at the (post-trial) hearings undermines considerably the confidence in the outcome of the trial court proceedings,'' Clifton wrote.