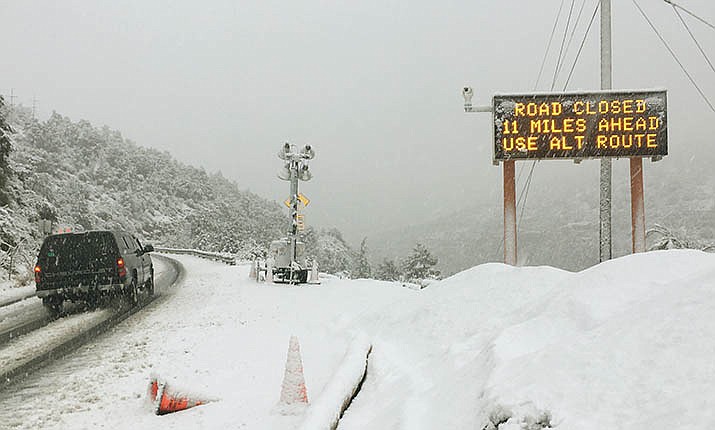 State Route 89A through Oak Creek Canyon, between Sedona and Flagstaff, is one of several roads closed Friday due to a winter storm. VVN/Vyto Starinskas

The City of Sedona has deployed all of its snowplows and road closures are in place throughout northern Arizona on Friday.

Total accumulation throughout the day, in the Sedona area, is expected to be 4 to 8 inches. Motorists who don't need to be on the roads are being asked to stay put throughout Friday.

State Route 89A over Mingus Mountain, between Jerome and Prescott Valley, is passable, but not recommended for use this morning.

Here is a list of highways that were completely closed as of 9 a.m. Friday:

--State Route 89A between Sedona and Flagstaff, both directions.\ 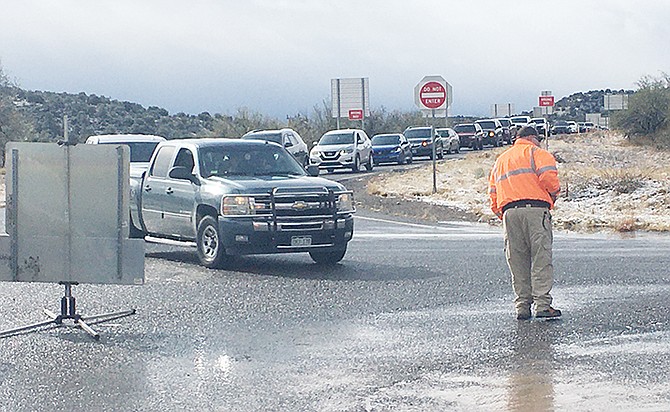 Interstate 17 was closed the morning of Friday, Nov. 29, at State Road 179, the main exit for Sedona. A major storm dropped at least 15 inches of snow along I-40 and was forecast to dump about as many as eight inches on Sedona on Friday. Several roads were closed throughout northern Arizona on one of the busiest travel and shopping days of the year. VVN/Vyto Starinskas

Two ADOT snowplows damaged by vehicles in January storms
ADOT to close State Route 89A between Sedona and Flagstaff
Road closures: What you need to know
I-17, I-40 among highways closed because of winter storm
ADOT recommends drivers be prepared for winter driving conditions
Event Calendar