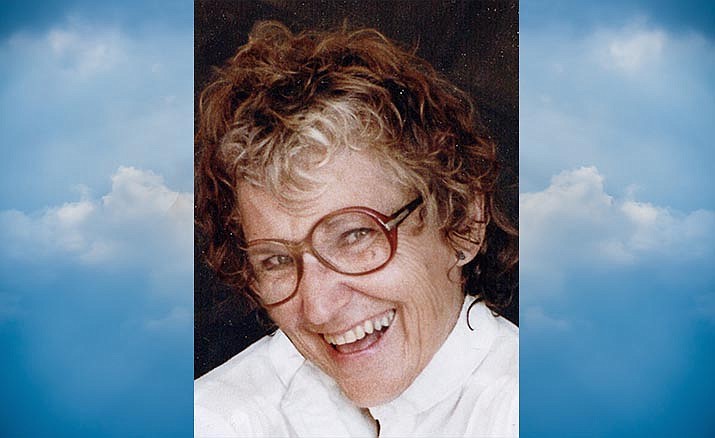 One of the memorable and last great ladies from the late, formerly great days of the Lake Montezuma community has passed away.

Eleanor Teresa Wrona, known by many as simply “Rona,” was born in Detroit, Mich., on April 8, 1922 to a family of Polish immigrants and bootleggers.

She was quick to offer up this later tidbit of information with joy and acclaim, perhaps adding an element of excitement and adventure into an otherwise dreary, subservient, Depression-era childhood.

The more joyous memories came with her young summers.

A respiratory ailment resulted in her attending a summer camp for “sickly kids,” she would say. By her teens she’d become a counselor and began to develop those “getting the kids together, leading the way” skills of hers.

Ah, she loved that . . . and led many a bunch of kids, and unwitting adults as well, throughout her life.

And then there was the swimming, and boating, the water sports…and that beautiful tan of hers, always.

My, my, the girl could tan, come summer.

Graduating high school, her life took a quick and life-altering turn, when she was called back from her enrollment and first dorm room at Michigan State University in Lansing in order to care for the last of her three brothers, and iron lots and lots of white shirts, for many years to come.

At this time in her life Eleanor would get on with the many tasks at hand: the bar, the dance hall, the weddings, commercial kitchen in the basement, coal bin in the corner, living quarters on the top floor - all this within the three story, brown shingled building that was the Camp Fire Inn on Florida Avenue in the west side of Detroit. All the while she looked forward to something more and better; a way out as she would sometimes utter.

Something better and that way out came in the form of a gangly, tall, blonde saxophone player from Richmond. Felix “Sam” Wrona came to town with his brother, Michael, who played accordion. It was originally Mike who was supposed to meet the “rich bartender’s daughter,” but Sam won her heart.

And on some surely brutal and cold day in January of ‘43, Eleanor, with a sty in her eye the size of a small lime, married Sam Wrona.

Sam was shipped overseas not long after, where he served out the last quarter of the so-called great world war.

During this substantial period of time while he awaited his rotation and return to the U.S., “playing saxophone in a big band, for the generals’ parties,” as he’d say, Eleanor remained in service to her family and the Camp Fire Inn, giving birth to her first son, Ronald Peter, in 1945.

Story has it young “Ronnie” ran up to his father when the young family of three was reunited at the once splendid, and now eroding Central Station. Family together, and with all the prosperity that was post-war America, Eleanor gave birth to a second son, Charles Felix, in 1949.

With the resources and collective efforts of the Mieduch family and the Wrona brothers, a cinder block, two-story barber shop with living quarters above, and a beauty salon in the back, was built in Mt. Clemens, Mich.

Eleanor would have her first brush with the hair business. After a timely and successful run in Mt. Clemens, Eleanor and her brood of boys migrated westward by ‘57 Plymouth station wagon-with a 30’ trailer in tow.

Mom worked in the cafeteria at Charley’s school. Later on she attended barber school in Phoenix and worked beside her husband for many years.

By the early sixties, and ready for a change, and with sons away at universities, Sam and “El” headed north to the Verde Valley. They settled in Lake Montezuma. They would golf. Sam would play saxophone at the country club, while Eleanor would dance with anyone, tending to tables and insuring everybody was having a good time.

They built and developed three modest homes in the area and lived in each one, finally settling on Sycamore Lane, where they would build, remodel, and build some more, including a concrete root cellar, stocking it with Eleanor’s canning and preserves from their substantial garden.

It’s been said, Sam and Eleanor had a “certain texture” about them. And it’s true. Together they established themselves as a signature couple in the community. For a while, Eleanor became the “lady barber” in Old Town Cottonwood, opening a small, one-chair shop on Main Street. Eventually, as they transitioned from their 5th Ave. barber shop in Phoenix, the business was finally moved to the last of the “Wrona’s Barber Shops” in Lake Montezuma.

For some dozen years they ran their shop for a couple days a week allowing themselves time to travel to New Mexico or San Francisco to assist their sons with building their own homes and families. All this continued until Sam’s health began to fail in the early 80’s.

Eleanor tended to and cared for Sam until his untimely death in 1984.

Just three years later, Eleanor lost her beloved Charley to a stunning and dramatic crash in his truck on Highway 1 on the Pacific coast; this, another life-altering event.

As Eleanor settled into her solitary life she did not slow down a bit, instead beginning a serious regimen lasting some 20 years or more, caring for people one way or another.

Food banks and care-taking facilities would become her new realm.

Ever-active, scooting around the valley in her van, until in 2013 she backed into the porch of the Senior Center…where she’d been strolling around enthusiastically grabbing people by the arm, urging them to go inside and see the craft show.

As far as the crash is concerned, no one was injured. But the implications of what would become her dementia and undoing were now in evidence and her van was taken away.

Thus began this last and latest phase of living and life for Eleanor Teresa.

For some half dozen years her world has slowly, lovingly, been encircling around her, enclosing her, until now…in her home, in her bed, in the care of a last remaining son, and hospice angels who’ve come to care for this beautiful woman … As the chilling winds of November blow and release the leaves from the Sycamore trees Eleanor leaves us with our memories and her two favorite and most spoken words: “Thank you.” Peter Wrona, November 18, 2019.