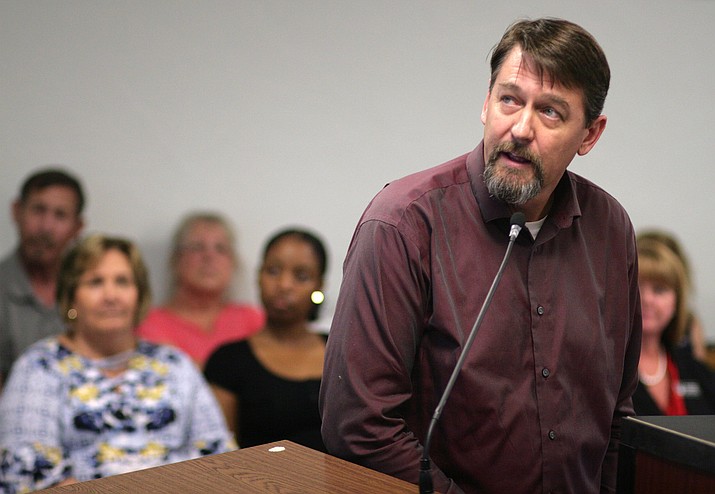 That’s what Dan Cherry, the director of the county’s public works department wrote to Camp Verde Mayor Charlie German in a Sept. 10 letter.

Wednesday, Camp Verde’s town council will consider making a recommendation to the county regarding the Verde Connect project – a connector road from Coury Drive to Beaverhead Flat Road, with a bridge over the Verde River and a connector to Middle Verde Road.

Camp Verde Town Manager Russ Martin said that Wednesday’s meeting is an opportunity for council to “weigh in on the county’s Middle Verde connector.”

“Just figuring out what’s the best alternative, given the county appearing to move forward,” Martin said. “The issue is whether we reflect back to the county any opinion. We may choose not to form an opinion.”

BUILD. Or not to build.

District 2 Supervisor Tom Thurman said in July that the cost to complete the Verde Connect project “will not raise property taxes and will not reduce the funding levels for our existing road maintenance program in any way.”

Taxes already earmarked for the county’s Regional Roads program would go toward any bond that would pay for the Verde Connect project, Thurman also said.

But it is still possible that no road would be built.

Formal feedback from the Town of Camp Verde, Cherry wrote, would be “beneficial in making decisions as the project moves forward.”

Cherry asked in his letter “that direction be clear for consideration, if the town wishes to share a formal opinion on the Middle Verde connector.”

Why a connector road?

In his letter, Cherry wrote that for the connector road to be built, it would need to meet certain needs, such as:

-provide opportunity for improved utilities to the Middle Verde area, such as broadband;

Council’s agenda, including a complete copy of Cherry’s letter to Mayor German, can be found at campverde.az.gov.