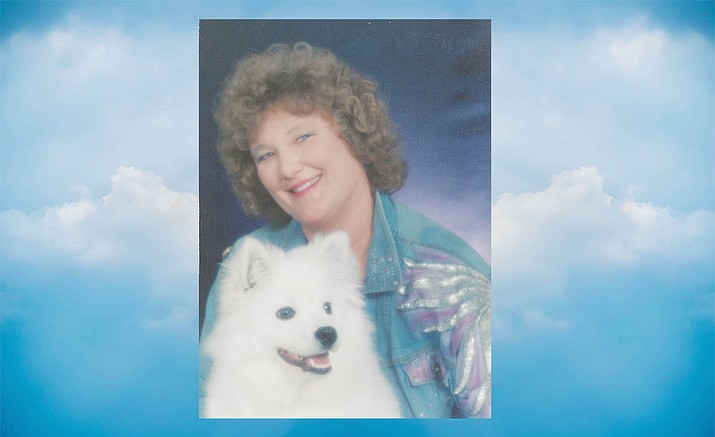 When Joan Vanessa Gray relocated from Wisconsin to her beloved Arizona, she found an abundance of ways to express her creativity and enthusiasm for life.

She took several trips down the wild southwest rivers by kayak, spending weeks with her friends out in nature and continuously overcoming the challenges life afforded her.

She loved her fluffy white American Eskimo dog companions that she trained to be service animals, teaching them impeccable manners and showing them how to help her as she navigated a world not necessarily designed for those in a wheelchair.

She was active in the Arizona American Eskimo association for many years.

She devoted her 30-year career to helping others at Verde Valley Medical Center (and MJL before) as a Clinical Laboratory Tech and then taking a lead role in upgrading hospital-wide computer technology as an information systems analyst.

Management at the hospital soon learned to call upon Joan when facilities were being remodeled, relying on her understanding of the Americans with Disabilities Act to be sure they kept all areas accessible and user-friendly.

For decades, Joan volunteered at Dead Horse State Park, tending flower beds and helping design the accessible walkways that allowed everyone to take nature hikes, no matter what their level of ability.

She knew how to get things done and was a tireless advocate for following ADA regulations, with no fear of the powers that be. Or anything else.

Every role she took in any venture was undertaken full-speed ahead. She was instrumental in the design of an accessible apartment in a new complex in Cottonwood.

One of the apartments was dedicated to her with a plaque reading: “This home is dedicated to our friend Joan V. Gray who helped us design it to assure accessibility and comfort for all who live here.”

Among her many other honors, Joan was named a “Women of Excellence” in the Arizona American Association for Women in Community Colleges.

She was also named Healthcare Volunteer of the Year for her ADA advocacy by the Cottonwood Chamber of Commerce.

And her love of fluffy white dogs helped her be inducted into the Arizona Animal Hall of Fame.

In later years, she made amazing, award-winning quilts and played a mean hand of bridge.

And she always, always kept her friends laughing with her raucous and wonderful sense of humor.

Joan was predeceased by her nephew Brian Gray and is survived by family members: Cory Gray, Jan Griesbach, and her children John (Jenny) Gray and Jenny (Eric) Bliss.

She is also survived by Paul and Diane Gray, and their daughter Stephanie (Jason) Gries, as well as Penny and Byron Beams and their sons, Justin Beams and Dan (Sara) Beams. Joan can not only walk now…she can fly.

Celebrate Joan with us on Thursday, October 3 at 11 a.m. at Westcott Funeral Home.