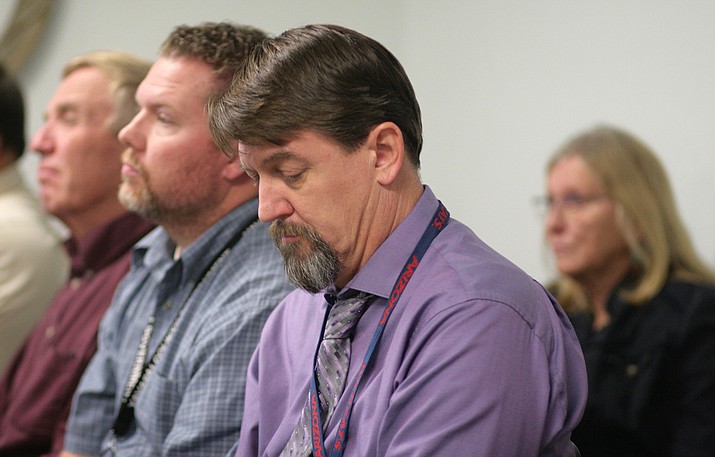 Yavapai County Public Works Director Dan Cherry wrote in a Sept. 10 letter to Camp Verde Mayor Charlie German that formal feedback on the Verde Connect project from the town “as a participating agency will be beneficial in making decisions as the project moves forward.” VVN/Bill Helm

Council agreed that until it either upholds, amends or rejects its June 19 resolution to oppose the project, there can be no vote to select one of two options to join the proposed Verde Connect alignment to Middle Verde Road.

“To select an option,” Councilor Bill LeBeau said, “would be a violation of our own resolution.”

However, Mayor Charlie German admitted that at the “time the resolution came forward, [council] didn’t have a lot of information.”

The resolution to oppose the project, Councilor Robin Whatley acknowledged via phone Wednesday, was not on the Oct. 2 agenda.

“This agenda doesn’t allow us to change the resolution,” she said. “The town needs to give its opinion. However, all we’re doing is stating a preference. We don’t even know if the NEPA study will shut this thing down.”

Whatley also said that she prefers the Verde Connect project not be built.

“But we know that they will [build], so we can say what we would prefer,” Whatley said.

Although Yavapai County Public Works Director Dan Cherry attended Wednesday’s meeting, he made no presentation. But Cherry wrote a letter to German on Sept. 10 that states that the county “requests that the town provide formal input.”

“Formal feedback on these matters from the town as a participating agency will be beneficial in making decisions as the project moves forward,” Cherry wrote.

Cherry asked in his letter that direction “be clear for consideration, if the town wishes to share a formal opinion on the Middle Verde connector.”

It is still possible that no Verde Connect road would be built.

If it is built, Verde Connect would be a connector road from Coury Drive to Cornville Road through Beaverhead Flat Road, with a bridge over the Verde River.

District 2 Supervisor Tom Thurman said in July that the cost to complete the Verde Connect project “will not raise property taxes and will not reduce the funding levels for our existing road maintenance program in any way.”

Taxes already earmarked for the county’s Regional Roads program would go toward any bond that would pay for the Verde Connect project, Thurman also said in July.