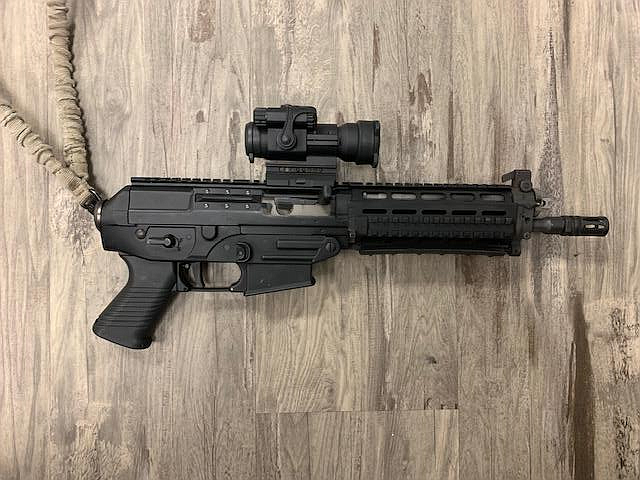 This Sig Sauer 5.56mm pistol was allegedly pointed at a victim over a parking dispute this week by Jonathan M. Schoenhardt, 41, of Cottonwood. Courtesy of Cottonwood Police Department.

COTTONWOOD -- Wednesday, at about 1:50 p.m,. Cottonwood Police officers responded to the 900 block of S. Main Street for a reported weapons offense. 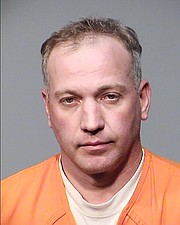 Officers arrested 41-year-old Jonathan M. Schoenhardt of Cottonwood for aggravated assault after he allegedly pointed a gun at another man over a parking dispute.

The dispute was because the victim allegedly parked in Schoenhardt’s spot, although it was in a dirt lot and there were no assigned parking spaces, the report states.

Schoenhardt was booked into the Yavapai County Detention Center on one count of aggravated assault involving a deadly weapon, a felony.