‘Beethoven in the Movies’ at Sedona Performing Arts Center 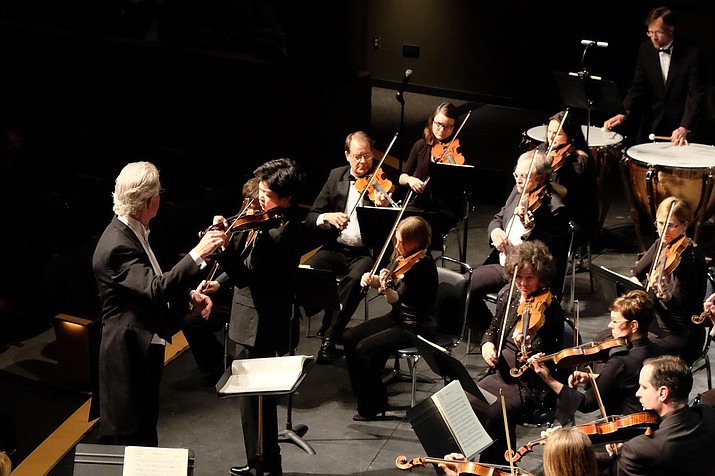 Verde Valley Sinfonietta and the Sedona International Film Festival have a surprise event in store for Saturday, Oct. 12.

Called “Beethoven in the Movies,” it’s a collaboration that features live music performed on stage by the Sinfonietta with film clips that tie in with the music.

The music is all by one of the world’s most renowned composers, Ludwig van Beethoven. The film clips are from five different movies about Beethoven.

The event begins at 7 p.m. at the Sedona Performing Arts Center.

The project came about last winter when Patrick Schweiss, executive director of the film festival, approached Al Vander Peut, president of the Sinfonietta board, with the idea of a collaboration - “Let’s do something that combines music and the movies and make it a really special event for the community.”

The Sinfonietta board asked music director Kevin Kozacek if he would be interested in creating a project.

He replied, “That’s the kind of thing I really like to do!” and they were off and running.

Even taking into account all the classical music that is used as background for so many movies, the choice of Beethoven was easy. It turns out that Beethoven’s 250th birthday anniversary is in 2020.

During the spring and summer months he spent hours researching and viewing movies about Beethoven, finally settling on five that have elements of biography, historical fiction and human interest.

In the process he discovered the vagaries and prohibitions of copyright restrictions and learned how to work within them. He and SIFF technician Jeremy Hawkes worked together to extract the film clips chosen by Kozacek and then edit out the sound track.

The five movies from which film clips will be shown, are: Immortal Beloved, Eroica, In Search of Beethoven, Copying Beethoven and Beethoven Lives Upstairs. Sedona resident John Conway will narrate the script created by Kozacek that ties the clips and music together.

The result will be a unique bio-epic of Beethoven’s life, loves, trials and tribulations including his childhood scarred by abuse, battles with increasing deafness and his death (most likely) from lead poisoning.

The music includes movements and excerpts of Beethoven’s 1st, 5th, 6th, 7th and 9th symphonies and the Missa Solemnis. In addition, pianist Kathryn Mientka Farruggia will join the Sinfonietta for excerpts from the Emperor piano concerto, the piano solo Fur Elise, the Pathetique Sonata, the “Moonlight” Sonata, and the “Kreutzer” violin sonata, with Rachel Butherus, concertmaster of the Sinfonietta.

Vocalists from NAU will sing parts of the 9th symphony with the orchestra. Maestro Kozacek will conduct the Sinfonietta as the film clips and narration proceed.

The event is supported by the City of Sedona and individual donors to the film festival and the Sinfonietta.

“Beethoven in the Movies” is billed as a pre-season bonus concert-event for the Sinfonietta which begins its regular season on Nov. 10 with a return engagement of guest artist Cicely Parnas performing the Shostakovich Cello Concerto No. 1.

“Beethoven in the Movies” will be approximately 90 minutes.