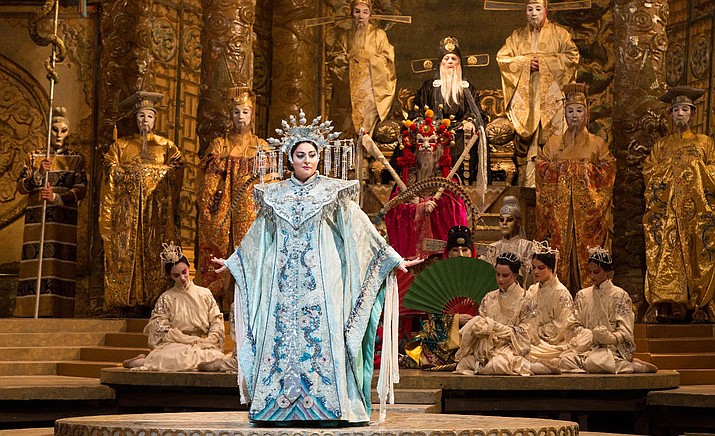 The Mary D. Fisher Theatre continues to be the home for the Met Live Opera programs for the 2019-20 season, presented by the Sedona International Film Festival.

The season will officially kick off with Giacomo Puccini’s “Turandot” on Saturday, Oct. 12. There will be two shows that day: 10 a.m. (live simulcast) and 4 p.m. (encore).

Plan to come early as Russell Fox will lead a pre-opera talk one hour before each production (9 a.m. for the morning show and 3 p.m. for the encore).

Puccini’s final opera is an epic fairy tale set in a China of legend, loosely based on a play by 18th-century Italian dramatist Carlo Gozzi. Featuring a most unusual score with an astounding and innovative use of chorus and orchestra, it is still recognizably Puccini, bursting with instantly appealing melody. The unenviable task of completing the opera’s final scene upon Puccini’s sudden death was left to the composer Franco Alfano. Conductor Arturo Toscanini oversaw Alfano’s contribution and led the world premiere.

Tickets are $25 general admission, $22 for Film Festival members, and $15 for students.

Season tickets for the entire 14th Anniversary season of the Met Live Operas are also available.

Both the theatre and film festival office are located at 2030 W. Hwy. 89A, in West Sedona. For more information, visit: www.SedonaFilmFestival.org.