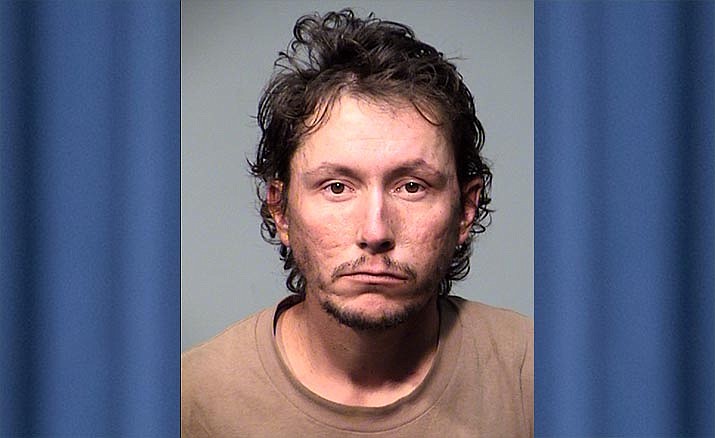 COTTONWOOD -- Cottonwood police were called to the 1400 block of East Cochise Street Thursday, about 9:30 p.m., about a man chasing people with a knife.

According to a news release from the Cottonwood Police Department, officers arrested 36-year-old Michael Gene Gruette, from Cornville, on allegations of aggravated assault with a deadly weapon, weapon misconduct, prohibited possessor, taking contraband into a controlled facility, possession of marijuana and possession of drug paraphernalia.

The news release states the victims were walking home along South Main Street when they walked by the bus stop where Gruette was standing with an 8-inch fixed-blade knife in his hand waving it.

The news release states Gruette turned to them, said something about stabbing them and then chased them to a residence in the 1400 block of East Cochise Street.

Officers located Gruette nearby, according to the news release. He had a fixed-blade knife with him and was taken into custody.

He was booked into the Yavapai County Detention Center.

Once at the jail, a small amount of marijuana was found on Gruette, police said.

All of Gruette’s charges are felonies.