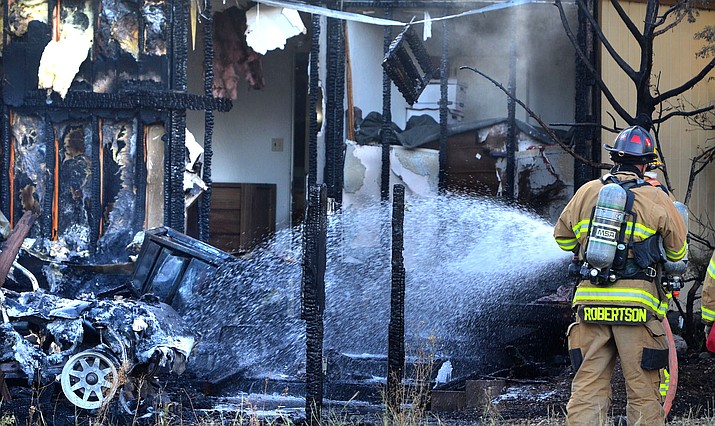 No one was injured in Saturday's fire in Oak Creek Valley, but the home “has some severe damage” that required the residents to be relocated, according to the Verde Valley Fire District. VVN/Vyto Starinskas

Structure Fire in Cornville. The Verde... - Verde Independent by verdenews

OAK CREEK VALLEY – What started as a tree on fire became a residential structure fire Saturday in Oak Creek Valley.

At approximately 4:15 p.m. Oct. 5, Verde Valley Fire District responded to the home fire where crews “viewed a significant column of smoke while driving to the scene,” according to a news release by Dean Koropatnicki, Verde Valley Fire battalion chief.

On arrival, crews found that “several community members had acted quickly to apply water to the flames” that first burned the tree, then caught the side of the house and roof on fire,” according to Koropatnicki. 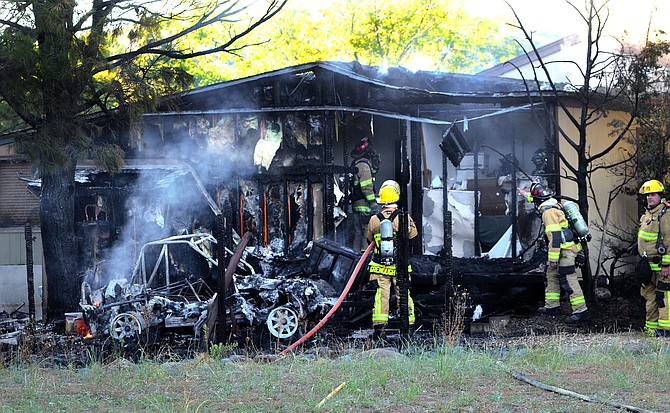 Cottonwood Fire and Medical Department crews showed up and assisted Verde Valley Fire, Koropatnicki also stated, and “pulled a hose line to the side yard and began to fight the fire from there.”

According to Koropatnicki, Verde Valley Fire established a water supply and pulled a second line to enter from the front door and check for fire extension.

“After the flames were extinguished, an extensive overhaul was performed to make sure no fire was hidden in the attic space or the void under the floor,” the news release stated. “The Verde Valley Ambulance Company arrived and assessed one homeowner who refused further treatment.”

No one was injured in the incident, the news release stated, but the home “has some severe damage” that required the residents to be relocated.