Commentary: It’s never too late for movin’ on up 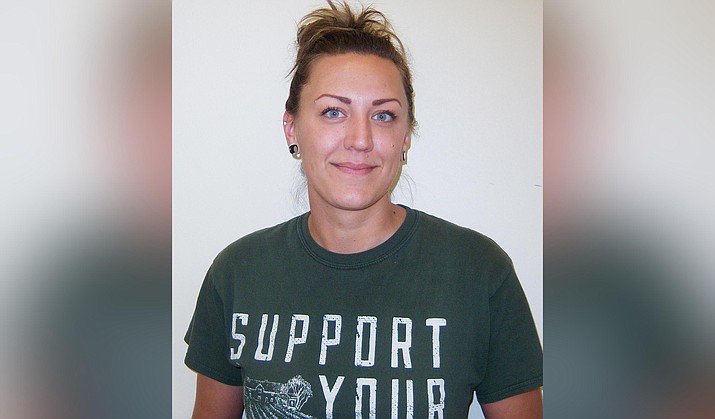 In 2016, Sarah Woodson passed her GED exam. Now, the Camp Verde resident is maintaining a 4.0 grade average at Yavapai College. Her goal is to be a successful business owner able to give back to the community that gave her a hand up. Courtesy photo

It’s never too late to go back and get your GED. Many people find the path to higher learning to be neither straight nor narrow.

Difficult circumstances, bad decisions and other unexpected surprises from life derail early plans we made, like finishing high school or attending a trade school. Not having a high school diploma can be a major impediment to success.

But it is not an insolvable problem.

Camp Verde resident Sarah Woodson is one local resident who has benefited from a program offered at the Camp Verde Community Library. She confesses she made some bad choices in her teen years.

“I decided to make excuses why I didn’t try to get my diploma,” she said. “It’s not that I didn’t want it, but other things seemed more important. It took me 10 years to realize I should have continued my education.”

During those years, Sarah attempted to work on her GED on her own.

“I had a hard time the one time I did try. It was on my own with a GED book,” she said. “It was hard teaching myself, and I didn’t live in an area that offered those services. What led me to finally put my mind to it was the massive encouragement I received from my husband and family.”

Sarah faced her past, took ownership of it, and decided to change her future. She came through the Camp Verde Adult Reading Program – CVARP – door to see about that GED. The staff, she said, “was incredible with guided courses and hands-on learning.”

Sarah was a tremendous student. Although she became well-prepared, she seemed reluctant to take the test.

It began to seem money might have been a factor. The tests are not free. They don’t cost a lot of money, but ‘lot’ is a relative term.

We determined that CVARP would not allow money to stand in the way of students’ success and we’ve since implemented a program to pay the costs.

In October 2016, Sarah passed the test with flying colors. She began her college education a year later. She is currently maintaining a 4.0 grade average at Yavapai College. Sarah’s ultimate goal is to be a successful business owner able to give back to the community that gave her a hand up.

The Camp Verde Adult Reading Program is available for anyone needing a GED. Hours are 9-2, Monday through Thursday at the Camp Verde Community Library. For more information, call 928-554-8398.