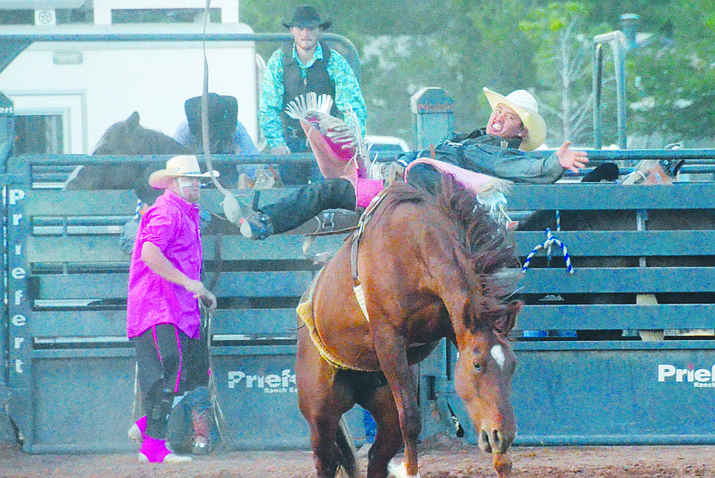 The Camp Verde Arena Association plans to have the equestrian center off SR 260 behind the Sports Complex ready for a January rodeo. VVN file photo

CAMP VERDE – A December 2018 Memorandum of Understanding and a March 2019 lease agreement, both with the Town of Camp Verde, have provided the Camp Verde Arena Association with the grounds to build an equestrian center across from the town’s sports complex on SR 260.

Council’s Oct. 2 decision to allocate $250,000 of Capital Improvements funding to the arena association adds to the original $80,000 agreement in December and $50,000 council approved in May.

With that money, as well as various donated services and materials outlined in its equestrian budget, the association expects to have the arena ready for a January 2020 rodeo with the Arizona High School and Arizona Junior High School rodeo associations, CVAA President Mary Phelps said this week.

But that doesn’t mean the equestrian center will be fully built out by the January rodeo, Phelps said. Nor that it needs to be.

The arena association’s equestrian budget includes a breakdown of the tasks to be completed with the $250,000.

Those tasks include engineering, clearing and grubbing, grading, vendor and restroom building.

“You don’t need the place to be fully completed to have a rodeo,” Phelps said. “If we have to bring in portable [bathrooms], that’s what we will have to do.”

Camp Verde, not the town nor its council, has given the arena association a timeline of services to be rendered for the money, Town Manager Russ Martin said.

“We leased them the property with the expectation that they will fulfill [the agreement],” Martin said. ”As long as they’re doing what they’ve been asked to do, is their right to manage the land as they see fit.”

The lease agreement allows the Camp Verde Arena Association to use the 35.81-acre site for $1 per year.

‘No present or future duty’

The Camp Verde Arena Association, the agreement states “shall submit plans and specifications in a form acceptable to the town for review and prior written approval.”

Phelps said that communication with the town manager “is something that we keep open.”

“It’s only way to be sufficient and keep good relationship with the town and group as a team,” Phelps said.

A copy of the Memorandum of Understanding with the Camp Verde Arena Association is in council’s Dec. 5, 2018 agenda packet at campverde.az.gov.