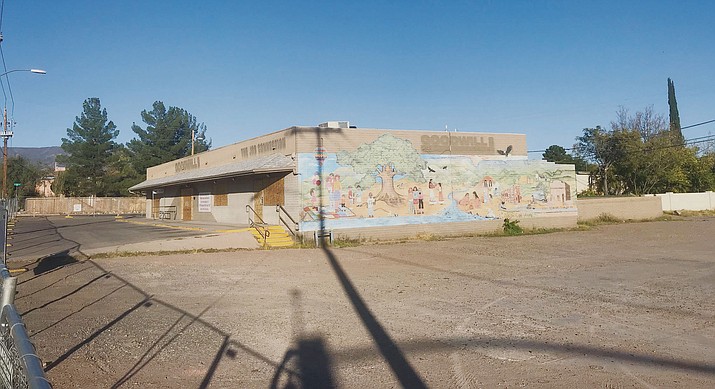 Fences recently went up around the building most recently used by Goodwill Industries. All of the buildings on that block will be leveled to make room for an all-new store for Circle K, which is currently in a smaller building across the street. VVN/Jason W. Brooks

COTTONWOOD — Once a few major changes are done along two corners of a major Cottonwood intersection, things are going to look much different — and traffic will flow a little differently in the area.

Goodwill Industries recently finished its lease one of the buildings on the northwest corner of Mingus Avenue and Main Street, and the building has been sold to the Circle K company. Plans are in motion for all of the buildings on site to be leveled, and for a new, modern larger convenience store and gas station to be built.

Circle K currently occupies a smaller store and gas station across the street, on the southwest corner, and while the owner of that building — a bank trust — recently upgraded some of the exterior, Circle K will no longer occupy that site.

City of Cottonwood planner Jim Padgett said Land Development Consultants of Phoenix will handle the construction of the new store on the northwest corner.

“They’ve received all their permits,” Padgett said. “Except for a few small things to work out, such as easements around the alley, they are ready to begin work on it soon.”

Fencing has recently gone up around the buildings on site on the northwest corner.

Planner Scott Ellis said last week that Circle K submitted revised building plans, for review by city staff, but won’t have to go before the Planning and Zoning Commission unless major changes are needed.

Land Development Consultants could not be reached for comment. A public relations representative for Circle K agreed to forward a request for information to its real estate division, but no contact has been made with that department as of this writing.

Circle K owns the entire block located between Main Street, North 15th Street, Apache Street and Mingus Avenue. Padgett said the plan is to demolish all the buildings on site, including the building Goodwill was using and those once used by a vehicle dealership.

The project could have a positive impact on vehicle, pedestrian and bicycle traffic in the area, as the gas station presumably won’t be wedged as close to Mingus Avenue as Goodwill seemed to be. Greater visibility and easier turning could make the intersection safer, said Padgett.

There were four accidents in 2018 at the corner of Main Street and Mingus Avenue, which ranked fourth among Cottonwood intersections.

The main Circle K project should be starting during on shortly after the City of Cottonwood’s “road diet” for North Main Street, which involves reducing the roadway from two lanes in each direction to one and creating more shoulder space.