More than $450K to be used on Cottonwood flood-control projects 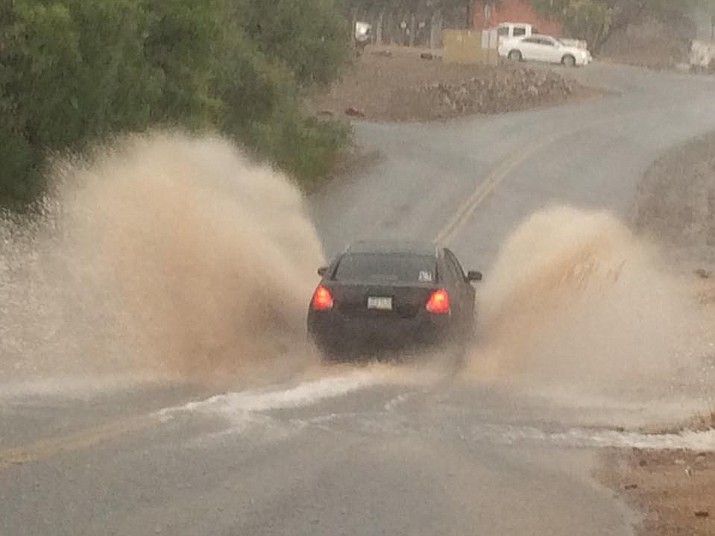 According to NWS, increased atmospheric moisture combined with the high heat from the day as well as limited storm movement allows for an enhanced threat of flash flooding. Storms could produce more than two inches of rain in a short period of time, according to NWS. VVN/Vyto Starinkas

COTTONWOOD — An inter-government agreement, recently approved by both the Cottonwood Council and the Yavapai County Board of Supervisors, will allow the City of Cottonwood to address a number of concerns in the Cottonwood area. Cottonwood Public Works Director Robert Winiecke presented the agreement to his city’s Council in September.

Cottonwood has a fund of $462,000 for Fiscal 2020, amassed through a property tax levy imposed within the Yavapai County Flood Control District, devoted to a list of eleven flood-mitigation projects.

“As we do every year, the city has requested funding from the Flood Control District to perform projects that identify flood risk and mitigate their effects on our infrastructure and residents,” Winiecke wrote. “For Fiscal 2020, the request includes rollover funding for projects budgeted and/or started in Fiscal 2019, as well as new projects expected to assist with stormwater drainage.”

Flood Control District Director Lynn Whitman said slightly more than $300,000 in the Cottonwood fund was rolled over from Fiscal 2019, while only $150,000 is new money from the Flood Control levy. Whitman said the City of Prescott received $700,000 and $600,000 went to Prescott Valley — two municipalities that often end up having their residents pay for a large share of projects in other parts of the district.

The overall levy fund is slightly more than $5 million.

Whitman said municipalities often don’t get all their needs met in one annual tax year.

“It’s common for a city or town to receive zero dollars from the flood district in one year,” Whitman said.

Once there is both a plan for a mitigation need and available funds, the municipality gets all of its funds needed for one or a series of projects.

Whitman said one example of such a temporarily short-changed municipality in Fiscal 2020 would be the Town of Jerome. With the small town not having any fundable, ready-to-go flood mitigation project this cycle, Jerome receives zero dollars from the district. However, Jerome remains in the budget as a line item, so that the town can receive funding once there is both a plan in place and sufficient funds in the same year.

Whitman said with the massive growth in Yavapai County, especially on the residential side, it’s important to have up-to-date histories of taxes paid. She said the district has requested a five-year history from County Treasurer Ross Jacobs, but hadn’t received it as of Wednesday morning.

“We’ll benefit from not having to use old numbers,” she said.

The Cottonwood-area projects in order of priority: