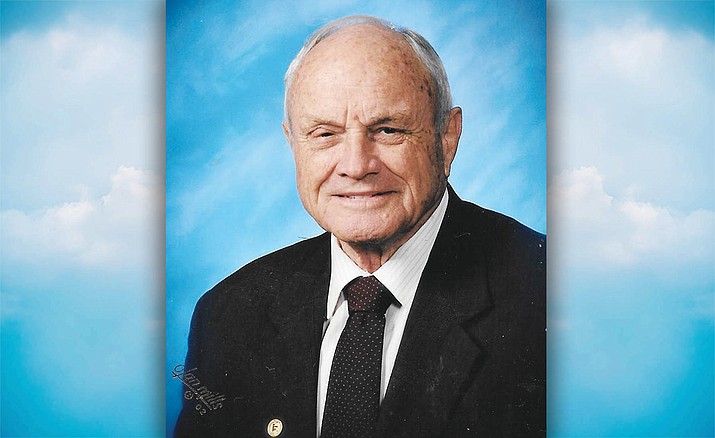 He was born November 8, 1921, to Henry and Bertha Roufs in Minneapolis, Minn. He came alive to the Lord in his younger teens and was a devoted follower the remainder of his life.

He graduated from Edison High School and although being raised in the city, he started farming east of Cambridge, Minn.

In January 1944 Bud left the farm for college because he decided to become a minister. Knowing he no longer had a deferment, he joined the Marines. Prior to going to boot camp, Bud married Audrey Wang in 1944.

Upon returning home after the war Bud went to Augsburg College and later Luther Seminary. He was ordained in 1952.

He left there in March of 1994 because of heart problems.

Bud and Audrey lived in the Phoenix area from 1984 to 2010 when he moved to Canyon Villas in San Diego after Audrey’s death. Bud was a blessing to many lives, loved by all who knew him, and will be deeply missed.

He had eight grandchildren and four great-grandchildren. Bud is preceded in death by his wife Audrey; parents; brothers, Bob and Ken; and granddaughter, Naomi Bronston (Cheney, Kan).