FENTANYL: ‘We are talking about death, It’s instantaneous’ 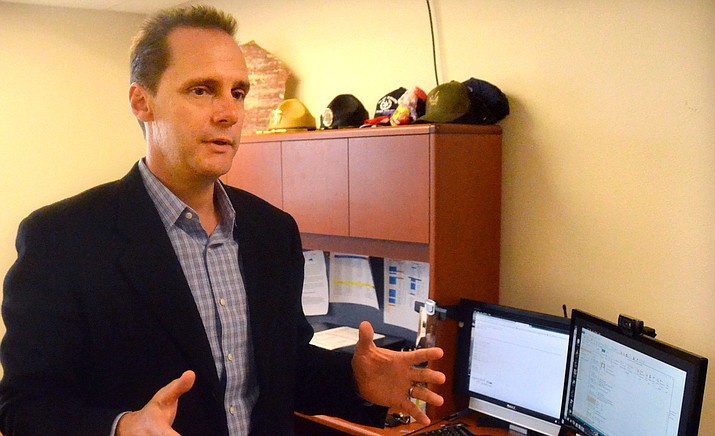 "You are absolutely rolling the dice with your life now … We’re not talking about addiction with this one. We are talking about death.” -- Cottonwood Police Chief Steve Gesell 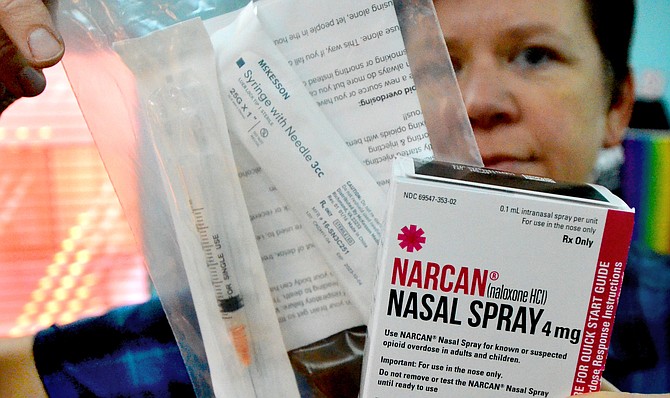 A 17-year-old Cottonwood-area teenager appears to be the youngest person to date to die of a fentanyl overdose in Yavapai County.

The overdose death last week comes two months after Cottonwood and Camp Verde police arrested two men in a bust netting 3.5 pounds of fentanyl nearby in Camp Verde; after which Cottonwood Police Chief Stephen Gesell described it as “enough fentanyl to kill more than a half a million people.”

Gesell said in an interview last week that this is the first teenager that he has heard of in the Cottonwood area who may have overdosed from pills with fentanyl.

There have been a number of opioid overdose deaths involving adults in Cottonwood in the past few years, Gesell continued, and frequently adult overdose victims are taken to the hospital in Cottonwood – and some of the same ones had already been transported to a hospital three or four times.

She said the pills found with the teenager were bought and sold on the black market, but marked as prescription pills.

“That would make him the youngest I’ve heard of in the county,” Horton said, referring to fentanyl overdose deaths. She said two 19-year-olds and an 18-year old overdosed in fentanyl-related deaths in Prescott Valley last year under similar circumstances.

The director said toxicology reports are being done to confirm that the Cottonwood teenager died of pills with fentanyl. Based on the evidence collected at the scene, they are confident it was a fentanyl death.

Horton said it is very sad when teenagers overdose, because they are probably just experimenting and have no resistance to drugs such as fentanyl.

The Yavapai County Sheriff’s Office reported that the Cottonwood teenager was found face-down on his bed last Monday. During an examination of the teen’s bedroom, detectives found an open safe near him that contained 24 off-white pills stamped ‘M/30.”

Police said they couldn’t immediately test the pills due to the danger of simply making contact with the drug, however, the markings of “M/30” and other appearances, the pills are believed to be mimic oxycodone containing fentanyl.

In 2018, there were 47 accidental and undetermined drug-related deaths in Yavapai County, according to Yavapai County Overdose Fatality Review Board in an August report.

Fentanyl was present in 10 of the 47 decedents of accidental or undetermined drug-related deaths in 2018 in the county, the report states.

“Factor X is the fentanyl,” said Gesell, who could not comment specifically on the teen’s death since it’s a YCSO case. The reason that this has now become an “opioid overdose crisis” is because of the significant number of recent deaths. “Fentanyl is almost completely correlated with the massive spike with opioid deaths.”

In response to the crisis, EpiPens and nasal sprays to inject into overdose victims have been distributed by the Yavapai County Community Health Services on Sixth Street in Cottonwood over the past two years.

The public can come in and get an EpiPen or nasal spray with Naloxone or Narcan to an opioid overdose victim when they are out cold, according to Jen Mabery of YCCHS. But they will have to go through a short training to learn how to use it on overdose victims.

Narcan will have no effect on the victim, she said. It only attacks the opioids. It’s also covered under the Good Samaritan Act like CPR, she added. YCCHS has been distributing the pens and nasal spray to first responders, family members, friends of users, town halls and at community events.

Mabery stresses that people should call first-responders even when giving a Narcan shot. The victim may “snap out of it” and go into “immediate withdrawal,” but call 911 first, she said.

Drug cartels have found cutting drugs with fentanyl gives them a boost, he said. And some illegal drug buyers want and demand their drugs to be cut with fentanyl, Gesell pointed out.

Other customers have no idea their pills are cut with fentanyl, the chief said.

“It doesn’t matter what they tell you,” Gesell said. “You don’t know what you are taking — period.

“You are absolutely rolling the dice with your life now … We’re not talking about addiction with this one. We are talking about death. It’s instantaneous.”

Gesell said he wasn’t surprised about the huge bust on State Route 260 two months ago that resulted in a fentanyl seizure with a street value of $900,000. It’s a matter of “supply and demand,” he said.

The chief said some of the fentanyl would have been left in the Cottonwood area and some of it taken to other distribution sites.

“This (shipment) was not just destined for Cottonwood,” he pointed out.

Gesell and the MatForce Fatality Review Board report warned that the war on methamphetamine is not over in Yavapai County either.

“The use and supply of methamphetamine is significantly increasing in Yavapai County,” states the report. Gesell said that even though law enforcement had success in destroying local meth labs, Mexican cartels are importing meth which is much purer now, and it’s making users more intense and more difficult for police to handle.

What can parents do? Gesell said he can’t stress how important it is for parents to talk to their kids about drug use, particularly after a 17-year-old in the community dies.

“Take a tragedy and turn it into something positive,” he said. “Take that painful lesson and share it with your kids. This is not reefer-madness, where we are trying to scare kids. This is real.”

People who are offered any kind of pill or powder to ingest have to realize one grain of fentanyl is enough to kill a human being, the chief pointed out.