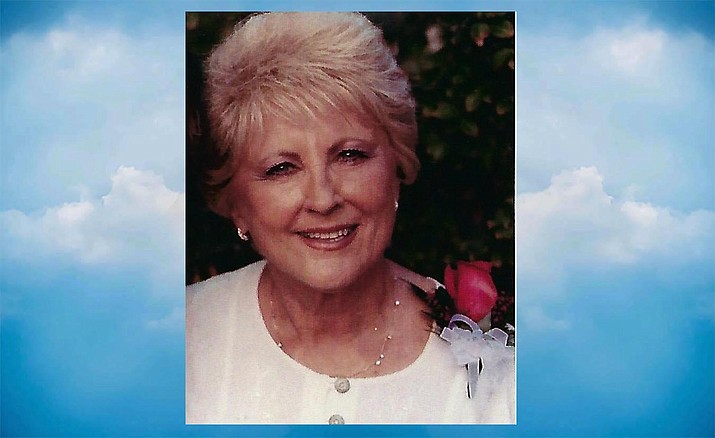 Pauline grew up in Yuma and Flagstaff, Arizona and spent a great deal of time in Grant, Oklahoma, where her parents were from.

She met and married Donald Ralph May, of Kingman, while attending Northern Arizona University. The couple moved to Welton, Camp Verde and Bagdad as Don worked on his career as a Public School Administrator. When Don retired in 1985, they moved to Clarkdale and have lived in the Verde Valley ever since.

Pauline loved her life as a housewife and mother; raising four children - Kenny, Shirley, Laurie and Paula. She worked briefly as the Clerk of the Court in Bagdad and also with her sister, Billie Faye Beamer, in the “Body Toner” in Cottonwood once her children were grown.

She loved making friends and had many. She served on election boards, sang on her churches’ worship teams, was involved in and president for one year of the Verde Valley Voices, and was a part of many bridge clubs throughout her lifetime. She was known for her infectious smile and light-hearted spirit as well as her classy style and her superb cooking.

Pauline will be greatly missed by all who knew her. She was like a ray of sunshine on a cloudy day.