Arrest made in murder of man found in Oak Creek Canyon 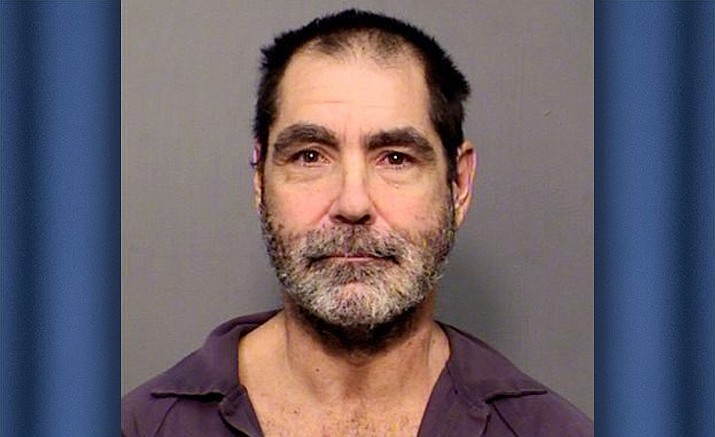 FLAGSTAFF — A suspect, arrested in Portland, Oregon, for his involvement in the August murder of a man whose car was later found in Oak Creek Canyon was booked into the Coconino County Detention Facility, authorities announced Thursday.

According to a news release from the Sheriff’s Office, Michael Wyffels, 55, of Sun City, was arrested Tuesday at a residence in Beaverton, Oregon, by detectives from a county sheriff’s office. He is charged with first-degree murder of Alan Arvey, 87, also of Sun City, whose vehicle and, later, his body, were in found in Oak Creek Canyon along State Route 89A between Sedona and Flagstaff.

Arvey had been reported missing by his family in mid-August. After his vehicle and body were identified, detectives were able to identify a suspect by tracking bank account transactions for Arvey.

Detectives were able to identify a male subject captured on ATM video surveillance and other business surveillance video associated with purchases and withdrawals made both before and after Arvey’s body was discovered.

Detectives were allegedly able to identify the suspect as Wyffels. These credit card transactions led detectives to the Portland area.

Detectives from the Coconino County Sheriff’s Office worked with Oregon detectives to locate Wyffels, who was taken into custody by Oregon authorities for charges related to credit card fraud in the Beaverton area on Aug. 28.

During the investigation, detectives found that Wyffels had been released from the Arizona Department of Corrections on Aug. 16 — one day prior to the alleged murder of Arvey.

CCSO Lt. Gerrit Boeck tole the Verde Independent that Wyffels has a relative who lived next door to Arvey, which is how Wyffels knew the 87-year-old victim. However, as Wyffels has told police very little, it isn’t clear why he allegedly targeted Arvey about 24 hours after being released by the Department of Corrections.

Boeck said he didn’t have information on how and where Arvey was killed, but the county medical examiner has ruled the cause of death as homicide. Toxicology tests are pending.

Tuesday, Coconino County Sheriff’s Office detectives took custody of Wyffels in Oregon and transported him back to Flagstaff.

In addition to first-degree murder, Wyffels is also charged with felony murder, armed robbery, kidnapping and theft of means of transportation. He is being held on a $3 million bond.

In the release, the CCSO thanked the public for the many tips it received in this case. Detectives continue to investigate the circumstances surrounding his death.