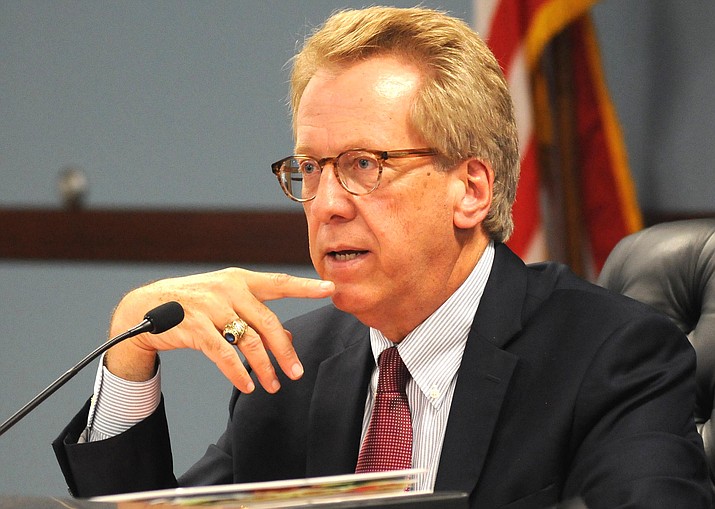 EDITOR'S NOTE: Watch today's live 10 a.m. video feed of the Arizona Corporation Commission hearing on this page, or click this link: azcc.gov/live. Viewers can also visit their Facebook page for the feed.

PHOENIX -- A hearing Wednesday on the turnoff policies of the state's largest electric company is turning into an examination of its use of money to gain political influence, both past and future.

Members of the Arizona Corporation Commission want to question Don Brandt, the chief executive officer of Pinnacle West Capital Corp., about all the money the company and its Arizona Public Service affiliate spent in the 2014, 2016 and 2018 elections.

The company already has disclosed it anonymously funneled $10.7 million through other organizations in that 2014 campaign to elect regulators of its choosing. And there was another $4.2 million openly spent in 2016.

But commissioners want some answers from Brandt about those decisions.

According to documents the company already provided, Brandt is in the loop of the decisions concerning expenditures but some of the tactics designed to undermine the credibility of the candidates it did not want elected.

Today's meeting originally was called to examine the practices of APS in determining when to pull the plug on customers for nonpayment of bills as well as start considering what rules should be applied in the future to all utilities. That discussion specifically includes questions from regulators about what led to the decision to cut power last year to Stephanie Pullman on a 107-degree day for the failure to pay $51 of her $176 bill.

But Commission Chairman Bob Burns told Capitol Media Services what happened to Pullman -- and at least two other APS customers -- is just a symptom.

"My focus is more on what I refer to as the root cause of all the problems that we're having,'' he said. "And that's the participation of APS, Pinnacle West in all of the election activities that have taken place.''

Burns said it's a straight line between company spending and the disconnect policies.

"The obvious reason that money is spent on candidates is to gain influence,'' he said.

Burns isn't the only commissioner who wants answers on how the company is spending its money.

Boyd Dunn told Capitol Media Services that Pinnacle West is free to use its proceeds as it sees fit. But he questioned how some of what APS is spending in the name of marketing actually helps inform its customers. 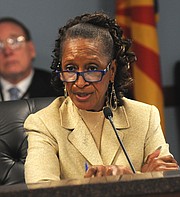 "Seeing the APS logo at the Diamondbacks game doesn't give me any information about my rate plan, where I can go to get financial assistance,'' Dunn said. He said it would be preferable for the company to use its marketing dollars to actually provide information that's helpful to customers.''

He also has some questions for Jeff Guldner, currently the president of the APS affiliate, who will be taking over after Brandt retires.

Dunn said it's clear how Pinnacle West, under Brandt's leadership, spent money in the past to influence elections. What's also clear, said Dunn, is that the commission lacks the power to keep the company from making future expenditures.

"Obviously we don't have the power to prohibit something that was decided as free speech by the Supreme Court,'' he said.

But that, said Dunn, does not mean that Pinnacle West needs to spend money on future commission races. And he wants to know what are Guldner's intentions.

Commissioner Sandra Kennedy has her own issues about company spending not directly related to producing and distributing electricity.

For example, the company has acknowledged spending more than $3 million on lobbying over a six-year period. But Kennedy, who first raised the issue this past spring, wants more details.

"Here we are in September and they still haven't responded,'' she said.

And Kennedy said she believes that money being spent on what she sees as matters extraneous to electricity production and sales could be better spent elsewhere, like more on preventative maintenance to prevent outages.

"But they don't do it that way,'' she said. "The wait until it breaks down and then they repair it.''