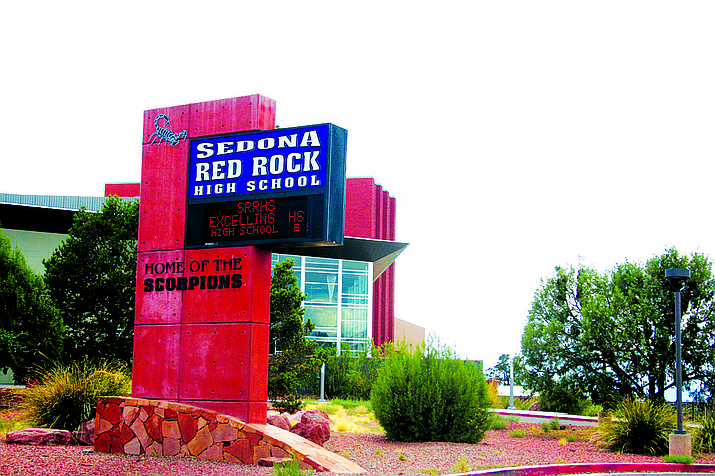 SEDONA — The Sedona Police Department has begun the next phase of ensuring school safety following the Aug. 30 arrest of 19-year-old Thomas Zielinski on charges related to events at Sedona Red Rock Junior-Senior High School, according to a Wednesday news release.

Sedona Police Chief Charles Husted said he has already debriefed several of his officers about the incident.

"We have already conducted several debriefings," Husted said. “And we will continue, in the coming weeks, to further review emergency protocols both internally and externally. I am very pleased with our officers' response to the incident at school and the follow-up investigation. At the same time, we always need to be vigilant and continue to maintain a high level of preparedness."

The Sedona Police followed the protocol to locate Zielinski.

While the school was being searched, Zielinski called Sedona police to inform officers he was not on campus, but at a house in West Sedona. Upon finding him at this residence at 12:42 p.m., police ended the lockdown.

Officers brought Zielinski into the police department for questioning. He was given a no-trespass order for Sedona Red Rock Junior-Senior High School. He was released because police had no grounds to hold him at that time.

However, at about 5 p.m. that same day, Zielinski violated the no-trespass order when he was seen on school grounds as a passenger in someone else’s car. This occurred while police were actively investigating Zielinski, gathering additional information on the events that lead to Thursday’s lockdown.

That information included witnesses reporting seeing Zielinski at the high school Tuesday, Aug. 27, inside a car, recklessly handling a firearm.

The Sedona Police Department arrested Zielinski Friday, Aug. 30, 2:34 p.m., during a traffic stop in which he was a passenger.

The Sedona Police Department located and confiscated the firearm. Zielinski was released from Yavapai County Jail early this week on a $5,000 bond.

“It’s important to note that the investigation shows that this incident was a result of a relationship dispute — not someone planning a mass attack,” Husted said in the release. “The rapport our school resource officer has with administrators and students at the school was critical to ensuring the safety of everyone on campus.”