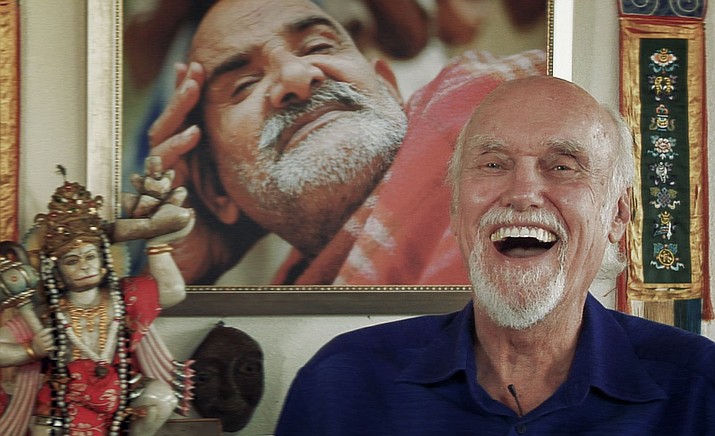 The Sedona International Film Festival presents the Northern Arizona premiere of the inspiring and acclaimed documentary “Becoming Nobody” Sept. 16 at the Mary D. Fisher Theatre.

The Sedona International Film Festival presents the Northern Arizona premiere of the inspiring and acclaimed documentary “Becoming Nobody” Sept. 13-16 at the Mary D. Fisher Theatre.

Jamie Catto, the director of “Becoming Nobody”, will be in Sedona to host the film and Q&A discussions after both screenings on Monday, Sept. 16.

“Becoming Nobody” is the quintessential portal to Ram Dass’ life and teachings. His ability to entertain and his sense of humor are abundantly evident in a conversation that brings us around to address the vast question of ultimate freedom.

“Becoming Nobody” represents the core arc of Ram Dass’ teachings and life: whether as Dr. Richard Alpert, the eminent Harvard psychologist, or as Ram Dass who serves as a bridge between Eastern and Western philosophies. He has defined a generation of inner explorers and seekers of truth and wisdom.

Through his turns as scion of an eminent Jewish family from Boston, rock-star Harvard psychologist, counter-culture rascally adventurer, Eastern holy man, stroke survivor and compassionate caregiver, Ram Dass has worn many hats on his journey, the narrative of which is revealed in this film.

In “Becoming Nobody”, historic clips balance an engaging conversation with director Jamie Catto. We come to understand how our old roles and disguises become increasingly burdensome.

The film captures a loving man full of joy, wit, honesty and wisdom, at ease in conversation while sharing his considerable pains and pleasures. The life experiences that have freed him from the attachments of his ‘somebody-ness’ have transformed him into the radiant soul who now inspires a new generation.“Becoming Nobody” will be shown at the Mary D. Fisher Theatre Sept. 13-16 Showtimes will be 7 p.m. on Friday and Saturday, Sept. 13 and 14; 4 p.m. on Sunday, Sept. 15; and 4 and 7 p.m. on Monday, Sept. 16. The Monday screenings will include a live Q&A with director Jamie Catto, who will be in Sedona to host the films that day.

About the Director - Jamie Catto

Jamie Catto is the creator, producer/director of the multi-award winning global “One Giant Leap” films and albums and founding member of Faithless.

He leads uniquely transformative workshops and one-on-one sessions. Jamie is the creative catalyst, producer and director behind the global philosophy and music project “One Giant Leap.” The first “One Giant Leap” was nominated for two Grammys in 2003, sold over 300,000 albums, and won numerous awards globally. The 2009 movie and album, “What About Me?” won the Grand Jury Prize for Best Documentary at Red Rock Film Festival.