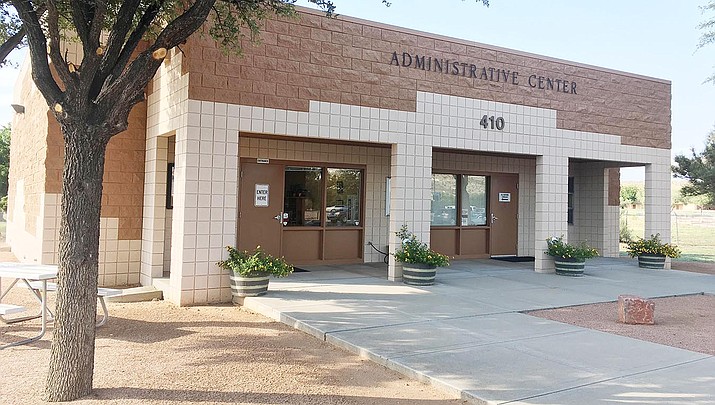 Camp Verde Unified School District recently responded to a report from the Arizona Auditor General’s Office. The report was based on the 2016-2017 school year. VVN/Bill Helm

This information comes from a report the Arizona Auditor General released to the district on Sept. 5. The report can be seen at azauditor.gov/sites/default/files/19-207_Report.pdf.

The district is not certain if computer controls played a role in the July systems crash, Business Manager Steve Hicks said.

“I can’t say if there was any correlation,” Hicks said Thursday. “Most of the technology recommendations by the Auditor General in this report were already implemented by the time the virus hit us.”

Hicks also said that Camp Verde Unified is “steadily getting things up and running” regarding the systems crash.

“It is still a few weeks until everything is back up,” Hicks said.

In its report, the Auditor General recommended the district make five changes to how it handles its computer controls.

In his response to the Auditor General’s Office, Camp Verde Administrator-in-Charge Danny Howe wrote that the district found the “process and procedures realized during this audit to be fair and beneficial.”

The district “believe[s] this process will aid us to further our goals of accountability, transparency, academic excellence and fiscal responsibility.” Howe also wrote.

The Auditor General’s report also stated that Camp Verde Unified “sometimes used an unallowable bus to transport students to and from school, posing an increased risk to student safety.”

The district stated in its response that it had used white extracurricular buses to transport some of its students to and from school because it has “not been able to keep a full staff of bus drivers.”

The district only uses its yellow buses to transport its students to and from school “along with increasing salaries and other benefits to bus drivers with the expectation of employing a full bus driver staff,” the district’s response stated.

The Auditor General’s Office recommended that the district no longer use the white vehicles to take students to and from school.

“We understand now it was not an appropriate resolution to the problem,” the district’s response stated.

“We did not have any cost findings,” Hicks said. “When you compare us to other districts, we were pretty pleased.”

Hicks defined cost findings as situations where a district was “overspending the public’s money, not being efficient or not being transparent. Most of [the Auditor General’s] year-long work was reviewing these types of spending records.”

“Districts that operate substantially lower amounts of square footage per student tend to have higher costs per square foot because of higher usage, which can increase heating and cooling costs and result in the need for more custodial services to keep the space clean,” the report stated.