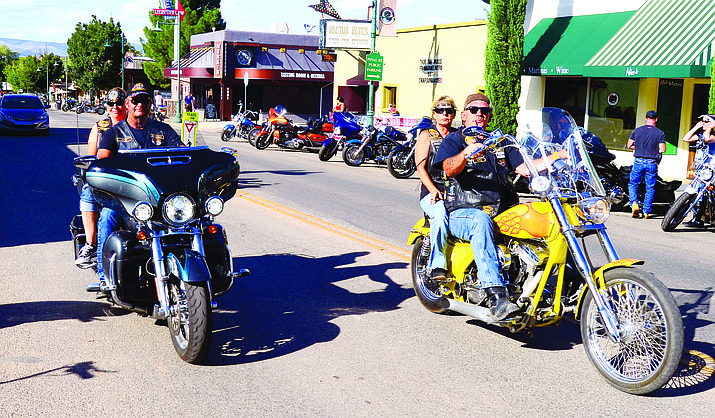 Summer doldrums are quickly forgotten in the Verde Valley when you turn the calendar page to September.

We quickly make up for lost time.

In fact, September through the end of the year sees the Verde Valley chockful of festivals and special events.

Some are specifically tailored to out-of-town audiences, such as the Sept. 20-21 Thunder Valley Rally. Some play more to a local audience with an emphasis on community tradition, such as the Oct. 11-13 Fort Verde Days.

There has been some debate in past years over whether we have packed our collective calendars in the Verde Valley-Sedona region maybe a bit too full. Back in the day of Cottonwood’s Rhythm & Ribs, for example, that day-long festival was often scheduled on the same day as Fort Verde Days in Camp Verde. Some claimed both events suffered because of conflicting schedules. Others claimed the two events actually complemented each other, brought event more people to the Verde Valley, and was an economic boon to the region.

The fact of the matter is that there is always going to be a mixed bag of events between Sedona, Camp Verde, Cottonwood, Clarkdale and Jerome on any given weekend. But this year, either by luck or design, there is a very good coordination of scheduling between the various Valley communities on the major events.

Thunder Valley Rally, for example, seems to have a lock on the Sept. 21 weekend. The only other major local event, the Red Rocks Music Festival, is going to play to an entirely different audience. A weekend of symphony music is not much of a threat to bikers and rock ‘n’ roll, and vice versa.

Ditto for the Sept. 28 Verde River Day and Sedona Winefest. At worst, they play to different audiences. At best, they actually might complement one another.

The same holds true for the Oct. 12 Fort Verde Days weekend. Up the road in Sedona on the same day will be the annual Sedona Arts Festival and Sedona Plein Air Festival. Different tastes. Difference audiences.

Looking even further ahead, the Red Rocks Octoberfest in Sedona seems to have a lock on the Oct. 26 weekend. On Nov. 9, Old Town Cottonwood will be the place to be for the annual community gathering otherwise known as Walkin’ on Main.

In addition, there are the monthly art walk events in Sedona, Jerome and Old Town Cottonwood, the launching of a new concert season at the Old Town Center for the Arts and the ongoing Smithsonian Waterways Exhibit at the Camp Verde Library.

And never forget that the Verde Valley has the largest concentration of National Monuments, State Parks and Federal Wilderness Areas of any region in Arizona.

Pick a weekend – any weekend for that matter – and the Verde Valley is always a can’t-miss destination for weekend fun.